Who said a Jamaican getaway can’t bring a couple back together. Tyga and Kylie Jenner may have just rekindled their relationship in Jamrock.

Tyga spent a week on the Caribbean island catching up on his heritage and also shooting a music video. But towards the end of his vacation Kylie Jenner popped up in Kingston after catching a flight to see her ex-boyfriend.

The Compton rapper and the reality star confirmed their breakup last month and Jenner has reportedly moved on with OVO rapper PARTYNEXTDOOR. She was spotted on several dates with PND over the last few weeks.

Kylie posted a pic on Snapchat of herself in Tyga’s bed in Jamaica with the caption, “Kingston” along with a Jamaican flag. 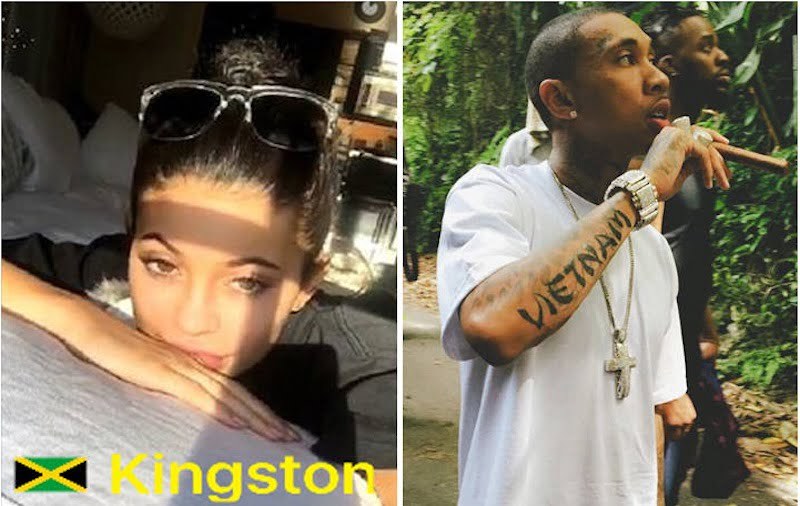 TMZ reported that despite their breakup they constantly text each other and even still spend time at each others house.

While in Jamaica Tyga was spotted shooting a music video in Brook Valley, Duhaney Park and the leading lady in the shoot is model Amina Blue, who modeled for Kanye West. Maybe Kylie was jealous of all the attention that her ex was getting.