Tyga is getting a lot of love in Kingston while vacationing in Jamaica’s capital and also doing some work.

The Compton rapper drew a huge crowd while shooting a music video in Brook Valley, which is a neighbourhood of Duhaney Park. T-Raww was spotted filming the video with 22-year-old model Amina Blue, who he is rumored to be dating.

Other scenes of the video was shot on locations in Portland. The video was co-directed by Shomi and Jamaican Robin Chin.

Sources also confirmed with Urban Islandz that Tyga will be recording some new music while in Jamaica with local dancehall artists. The Young Money rapper has a strong interest in collaborating with incarcerated dancehall star Vybz Kartel. 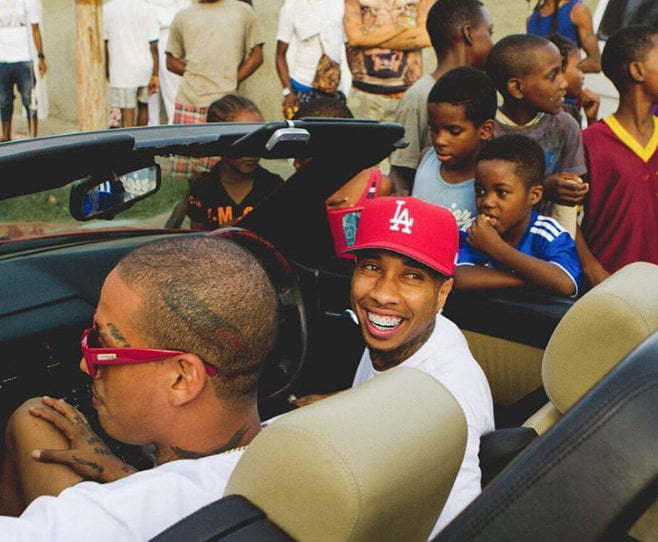