Karrueche Tran sparked rumors this week that she is dating Orange Is The New Black star Ruby Rose.

The two ladies were spotted on a dinner date where they were eating oysters at Hooray Henry’s restaurant in Hollywood.

SEE ALSO: Chris Brown To Karrueche Tran ‘You Owe Me Your Career’

But Karrueche is setting the record straight that she and Ruby Rose are not dating.

“Karrueche and Ruby were just two friends hanging out and having a good time,” sources close to the actress told Urban Islandz. 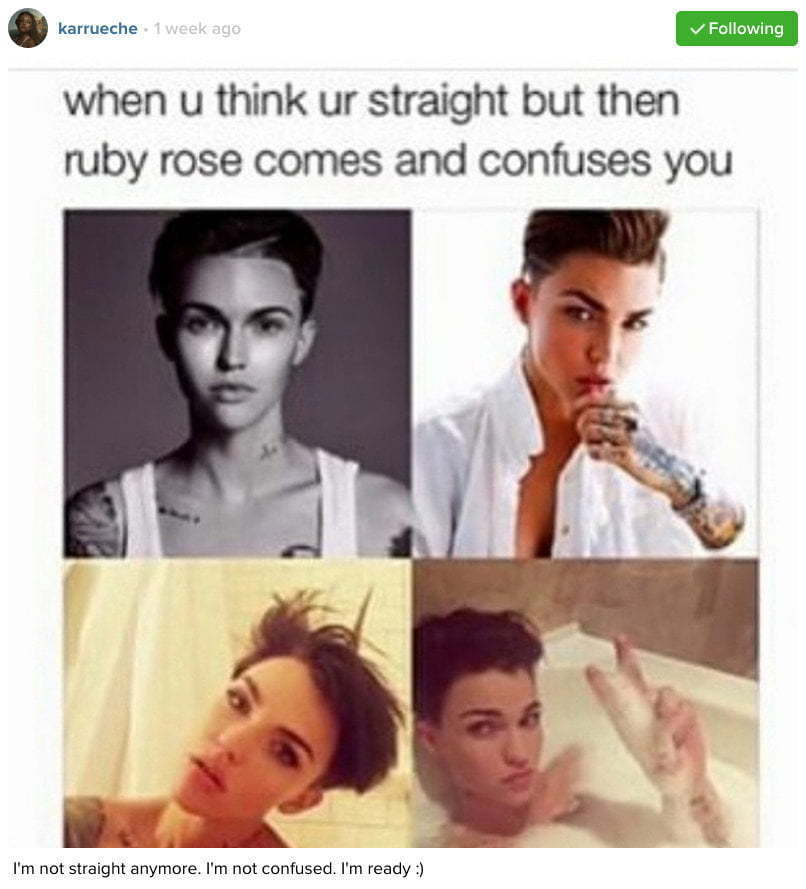 Not surprisingly, it was just two weeks ago that Tran posted on Instagram that she is not straight anymore. Coincidentally, the IG photo was Ruby Rose.

“I’m not straight anymore. I’m not confused. I’m ready,” she captioned the photo.

Chris Brown don’t stand a chance to get his old girl back but will he beef with Ruby just like he did with Tyson Beckford.