Vybz Kartel is still the man of the moment in dancehall despite being incarcerated for over three years.

Kartel won the top award of the night Favorite Male Local Artiste of the Year. The entire audience erupted in loud applause as the deejay’s two sons and his wife Tanesha Johnson took the stage to accept the award on his behalf. 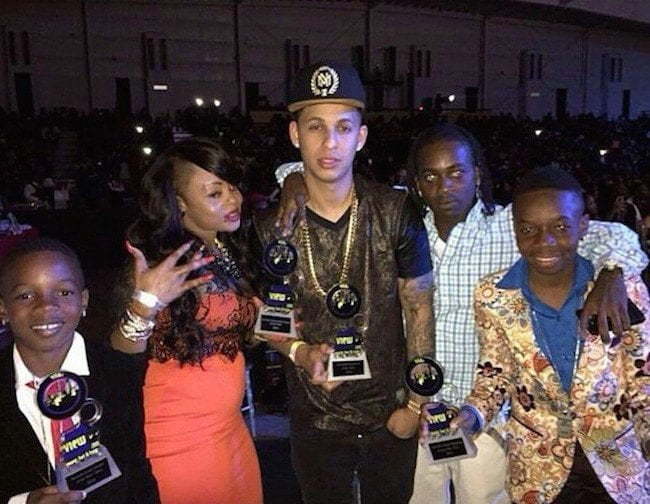 “Free World Boss,” the audience chant. The Youth View Awards also saw a well received performance from Ding Dong who had everyone doing his Syvah dance including the likes of Shaggy and Sean Paul. 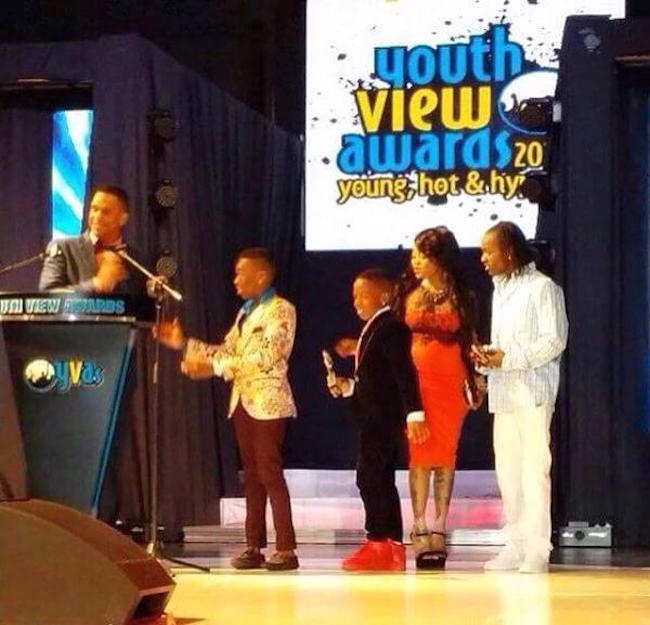 Vybz Kartel, born Adidja Palmer, was convicted of murder a year ago and was sentenced to life imprisonment with the possibility of parole in 35 years.

The “Money Pon Me Brain” deejay has filed an appeal to overturn his conviction.