Usain Bolt was in India this week playing cricket, his second most favourite sport. The sprinter says he use to play the sport in high school but his dad encouraged him to take on track and field when he saw the potential in him.

During an interview after taking part in a cricket match, Usain Bolt told journalists that he choose athletics over cricket in high school under advice from his father.

“My father is a huge cricket fan, but when I got to higher secondary, I had two options — cricket or athletics,” Bolt said.

“My dad said because of the system in Jamaica, it would be better to take up athletics. He said, ‘You just have to run fast in athletics while it’s tougher to get into the national (cricket) team’.” 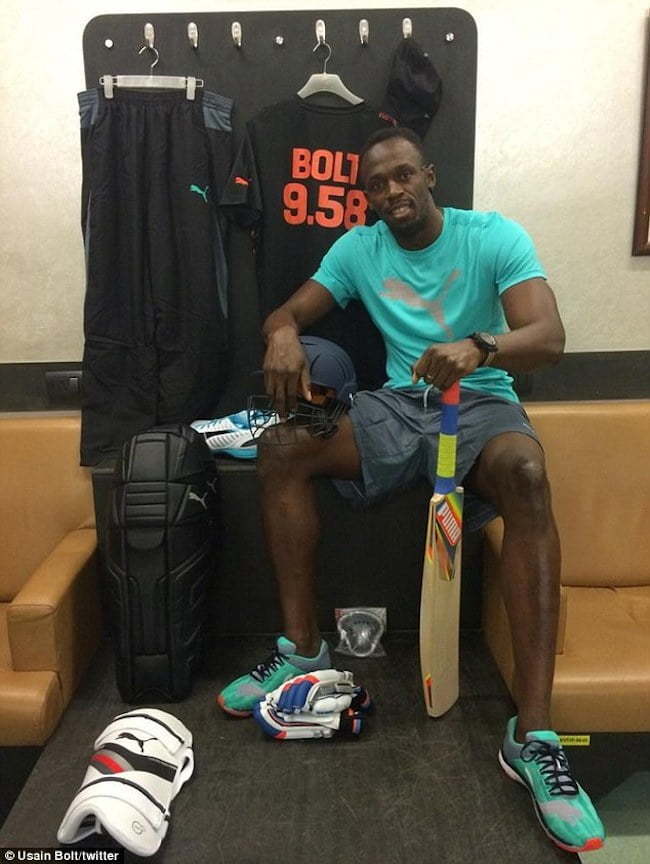 Usain Bolt currently holds the record for the 100m and 200m dash. He has his eyes set on the 2016 Olympic Games before retiring from the sports.