The Jamaican sprint legend is cheering on his favourite team at the 2014 FIFA World Cup. He also got a chance to hold the iconic golden trophy that 32 countries are vying for in Brazil.

Bolt is currently spending his down time watching the World Cup as he recovers from a lingering hamstring injury. 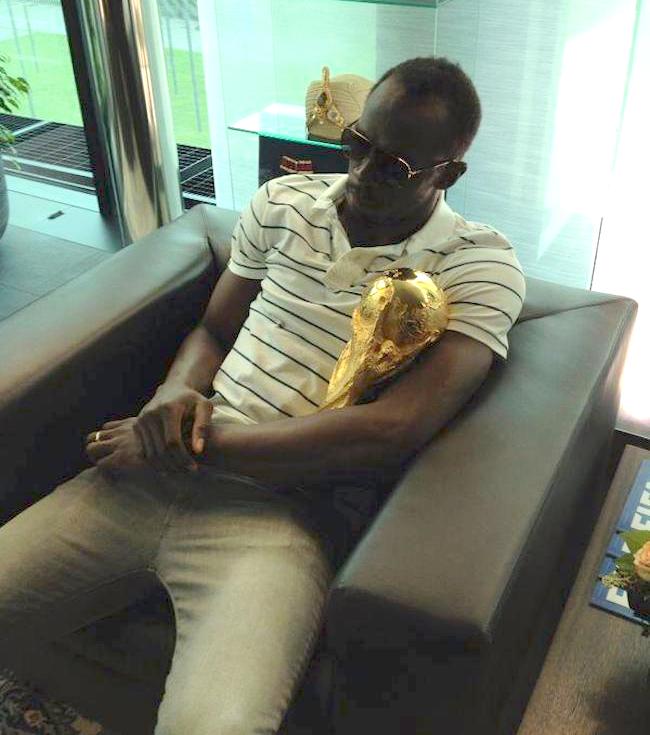 Usain Bold recently hinted that he would try to take on professional soccer after he retires from the tracks possibly after the 2016 Olympic Games in Brazil.