The bride and groom exchanged I do’s at the Fort di Belvedere in Florence, Italy on Saturday.

According to reports, Bruce Jenner walked Kim Kardashian down the isle while Andrea Bocelli sang.

Among the roughly guests at the wedding includes Big Sean, Common, Rick Rubin, John Legend among others. Beyoncé and Jay Z snubbed the wedding.

This is the third wedding for Kim Kardashian and the first for Kanye West.

Kim Kardashian wore a custom made Givenchy gown designed by Riccardo Tisci that cost roughly $500,000. The total cost of the lavish wedding reportedly run in the millions. 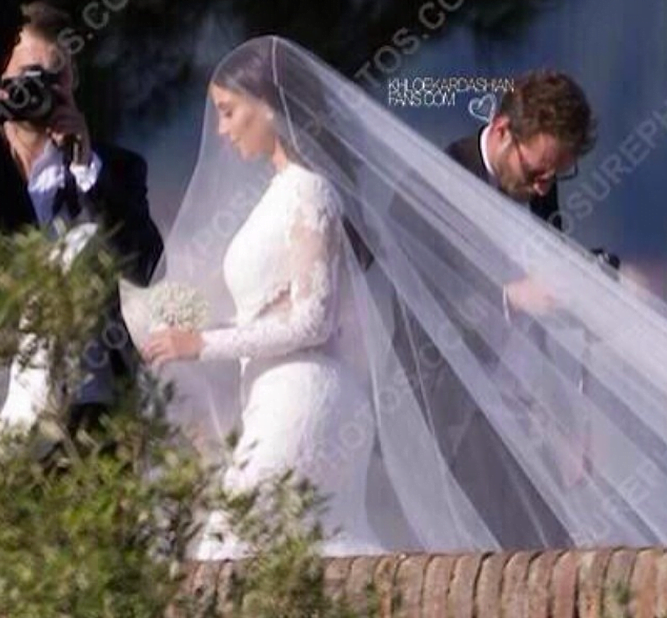 Kim Kardashian and Kanye West have been engaged since October of 2013 after a lavish proposal as seen on TV. The couple have a daughter name North West born June last year.

How long do you think Kanye West and Kim Kardashian marriage will last?