Kim Kardashian finally got the magazine cover of her dreams, Vogue.

Kim and Kanye West covers the new issue of Vogue Magazine and in their spread there are some adorable photos of their daughter North West.

But the cover came with some harsh criticism from the fashion industry. Some subscribers of Vogue wrote on Twitter that they will be cancelling their subscription because they feel Kim Kardashian should not be on the cover of vogue.

This is such a dream come true!!! Thank you @VogueMagazine for this cover! O M GGGGGG!!! I can't even… http://t.co/CbD5ThUqor

It was just last year that Kanye West went on a rant on Ryan Seacrest show saying that Kim Kardashian should be on the cover of vogue magazine. 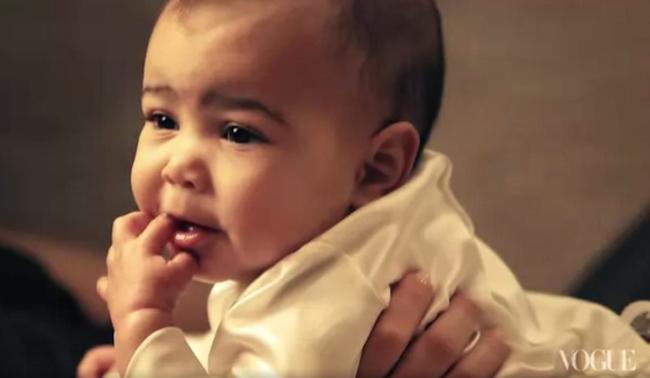 “There’s no way Kim Kardashian shouldn’t be on the cover of Vogue, she’s like the most intriguing woman right now,” Yeezus said. “She’s got Barbara Walters calling her like everyday.”

Check more photos from the spread below.