According to reports, Solange has since tweeted about the incident accusing Jay Z of hitting her sister.

Screenshots of the tweet has been circulating online since yesterday.

But we’ve learned that tweet is face and was created by someone looking to stir up more controversy. 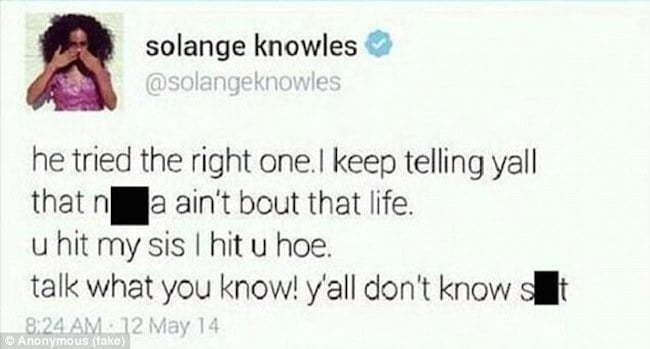 A rep for the Standard Hotel in New York has issued a statement apologizing for the leaked video.

“We are shocked and disappointed that there was a clear breach of our security system and the confidentiality that we count on providing our guests. We are investigating with the utmost urgency the circumstances surrounding the situation and, as is our customary practice, will discipline and prosecute the individuals involved to our fullest capacity.”