Sean “Diddy” Combs and his longtime girlfriend Cassie Ventura could be walking down the isle soon.

The hip-hop icon proposed to Cassie via Instagram with this giant Diamond engagement ring over the weekend. Obviously Cassie said yes because she responded saying that she is all smiling at the gesture.

WATCH: Awkward.. Diddy Get Snubbed By Bono After Attempting To Kiss Him [VIDEO]

“Baby do you like it? I just want to get you wat you Like ! I just wanna MK you smile 🙂 #takedat.” Diddy wrote. 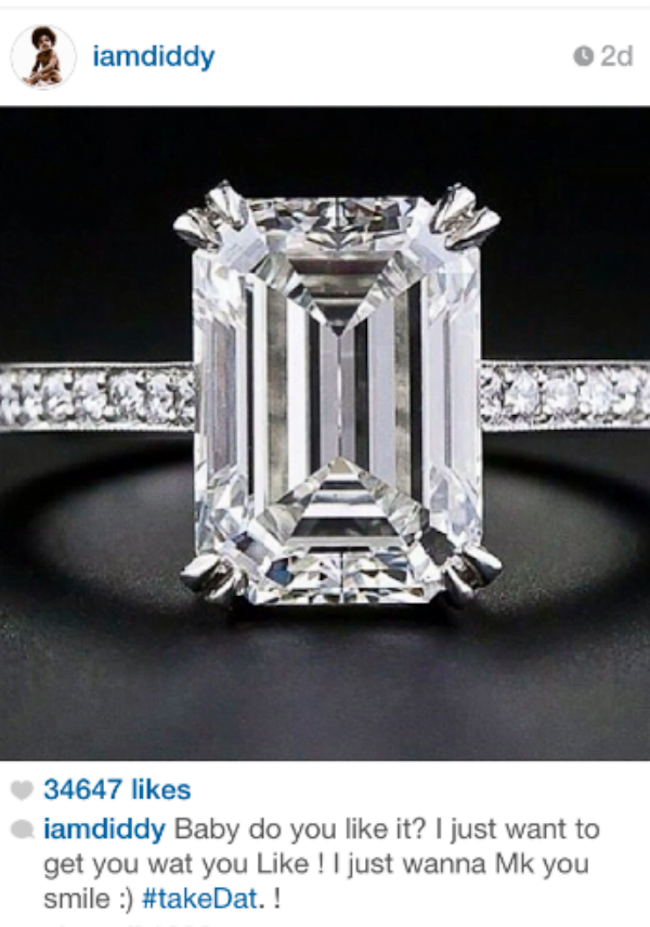 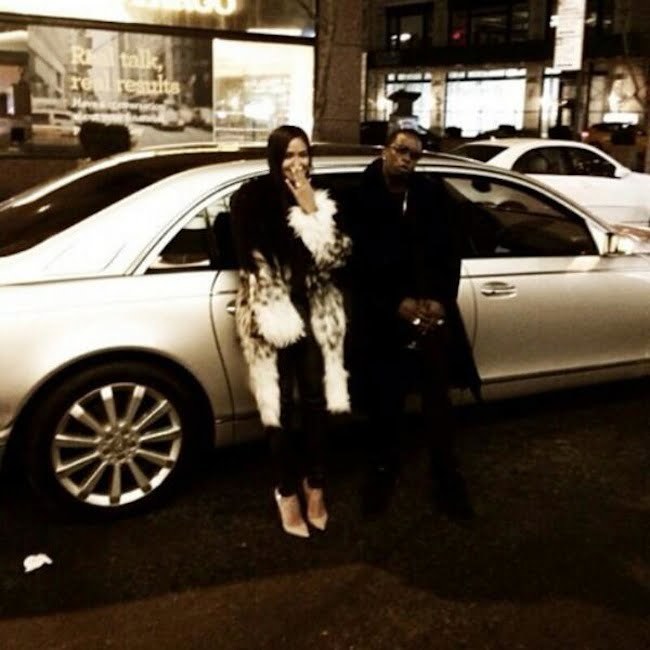