Dancehall star Vybz Kartel is back in the Home Circuit court, Monday December 9.

The high profile trial hit its fourth week this week. The trial is expected to wrap up by the end of the week.

At the end of last former Jamaica Constabulary Force’s Cybercrime Unit head, Patrick Linton testified in the absence of the jury and the media. 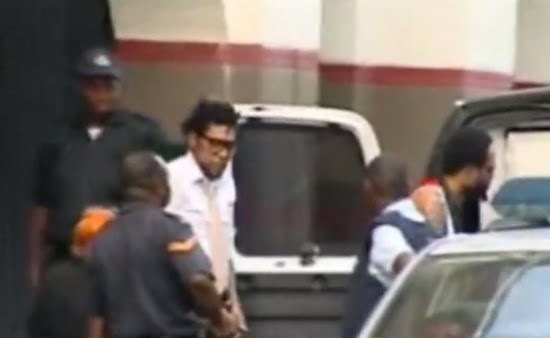 The judge asked the 12-member jury to return to court today. Hilton’s testimony was video taped and could possibly be played for only the jury. He had told the court that his testimony could had national security implications regarding certain tactics police use to extract data from cellphones and computers.

This week the judge will determine if a letter the prosecution star witness allegedly wrote and sent to Public Defender Earl Witter in November of 2011.

In the letter the witness says he is being forced by cops to testify and that he had seen Clive Williams after his disappearance on August 16, 2011.

However, he denied writing the letter. A handwriting expert will analyze the letter.

A Digicel employee is also being sort to testify in court, however, there is no certainty that person will take the stand.

Deputy Director for immigration services at the Passport, Immigration and Citizenship Agency, Ephieum Allen testified today telling the court that no one by the name of Clive “Lizard” Williams traveled outside of Jamaica.

She said a police name Vernon Thompson had previously asked him to do a database check back to 2005 and he found nothing.

The prosecution had no more witnesses to take the stand resulting in a early adjournment of today’s proceedings.

The defense attorneys are upset about the slow movement of the case which was scheduled to be wrapped up last week Friday.

Vybz Kartel lawyer, Tom Tavares-Finson, says the slow movement of proceedings is unacceptable especially since teh Christmas holiday is drawing near.

His testimony, which started last week, was scheduled to be wrapped up today.

Check this page regularly for live updates of today’s proceedings