While Vybz Kartel fans may love this painting, some dancehall fans find it very offensive.

The photo has been making it’s rounds on social media this week with mix reactions.

A lot of commentors wrote “Free Worl’Boss,” while other expressed their disdain of the depiction.

NEWS: Laing Says If Vybz Kartel Beat Murder Charge He Will Be At Sting

The painting, which was inspired by Ingres’s – Jupiter and Thetis, was done by Jamaican born painter Kavion Robinson. 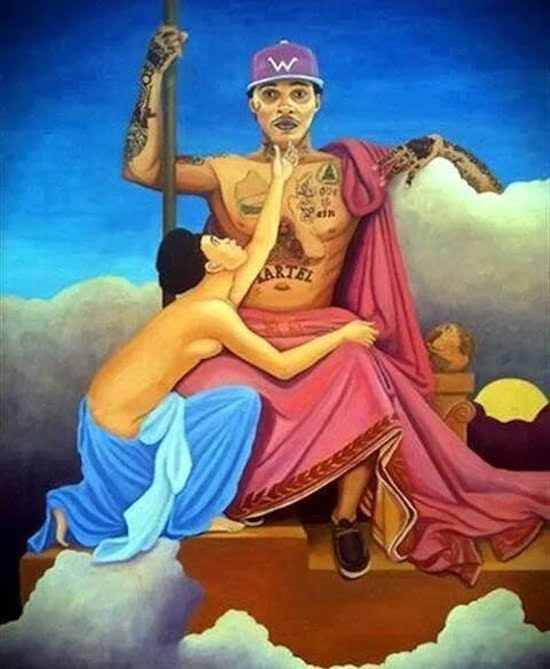 According to Robinson, the painting was done over two years ago

“Someone bought this to my attention that a painting I painted over 2years a go is being talked about as controversial,” Robinson said on Facebook. “My answer was I don’t care someone just looking for attention.”

Do you think Vybz Kartel is a god-like figure in dancehall?