Vybz Kartel murder trial in the Home Circuit circuit is winding down. A verdict could be reached as early as Friday if there are no delays.

Kartel, whose real name is Adidja Palmer, is on trial for the alleged murder of Clive “Lizard” Williams. He is jointly charged for Williams’ murder along with Shawn “Storm” Campbell, Kahira Jones, André St John, and Shane Williams.

DETAILS: Laing Says If Vybz Kartel Beat Murder Charge He Will Be At Sting

Police say Williams was murdered over a missing illegal firearm that belong to Vybz Kartel. His body or the missing gun was not found.

Officers say Kartel and his co-accused beat Williams to death on August 16, 2011 at a house in Havendale, St. Andrew. 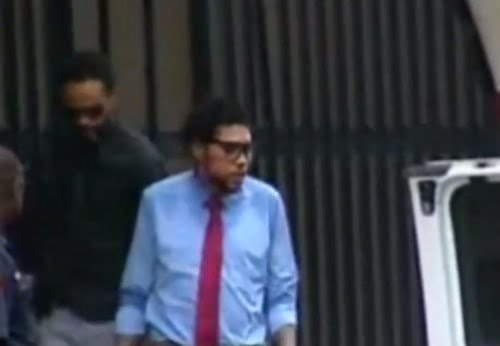 Yesterday, government forensic scientist Sharon Bryson testified in court that the DNA from the blood sample police found at the house did not match the DNA of Williams uncle Daniel Williams. However, she confirmed the blood belong to a human male.

Bryson told the court that it is possible that both men are not related from Clive Williams father side, hence the DNA test is inconclusive.

Police Corporal Shawn Howard also took the witness stand to testified about his handling of key evidence in the case.

Under cross-examination from defense lawyers, Howard told the court that he did not obtained a search warrant to confiscate Vybz Kartel’s cellphones or search his property.

A large crowd of Vybz Kartel supporters gathering outside the Supreme Court.

Judge sent home jurors and clear the courtroom so that they can decide which evidence will be used in court.

The court was told that certain evidence has national security implications, hence why the judge cleared the court.

Check this page regularly throughout the day for regular update