The “Spartan Angel” deejay crashed his car while en route to his birthday bash on the Montego Bay hip strip on Sunday.

Sources close to the Guzu Musiq head confirmed with Urban Islandz that the accident occurred early Sunday morning and the deejay received a broken leg and several cuts and bruises. 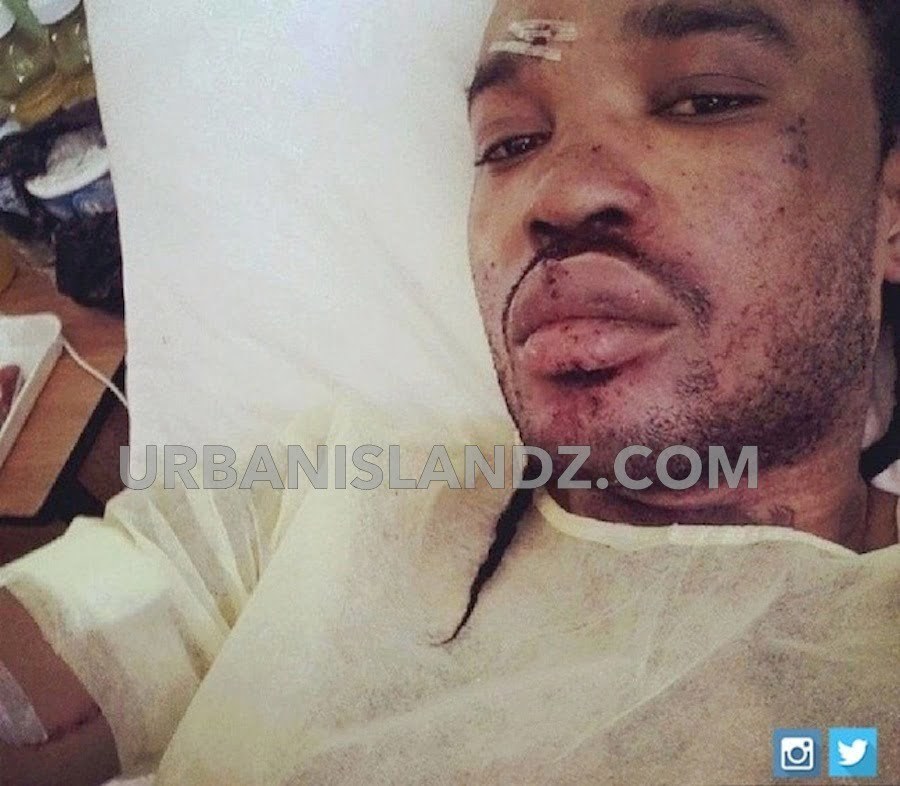 “It was unfortunate but we are thankful that he only broke his right foot and get some minor cuts and bruises,” the source said. “We just want to thank all the fans for their support and want to let them know Spartan soon do road again.”

“He will have to do a surgery to set back his leg so he will be on crutches for a little while,” the source added. 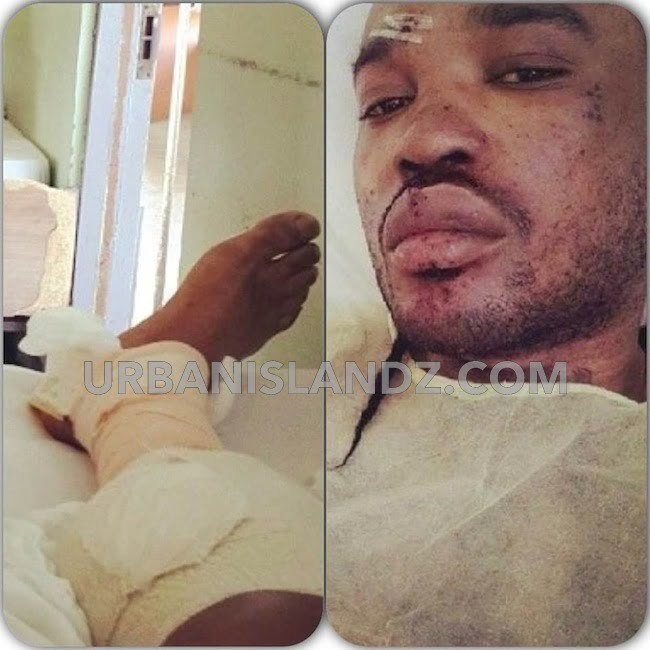 Tommy Lee Sparta celebrated his 26th birthday on November 4, but the deejay had a grand celebration planned for Saturday night at the Don Way Entertainment Complex on Gloucester Ave.

Tommy Lee is booked to perform at Sting 2013 on December 26 at Jamworld, Portmore. There are no word yet on whether or not he will take that stage. 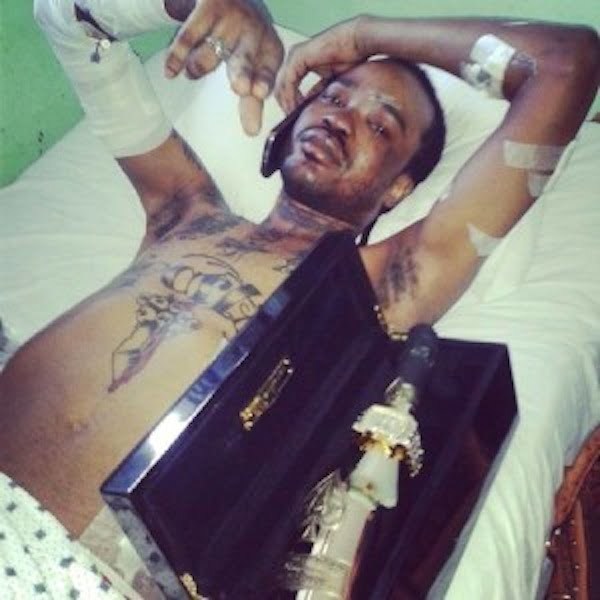 These photos obtained by Urban Islandz shows Tommy Lee laying on an hospital bed with his right hand in bandages. 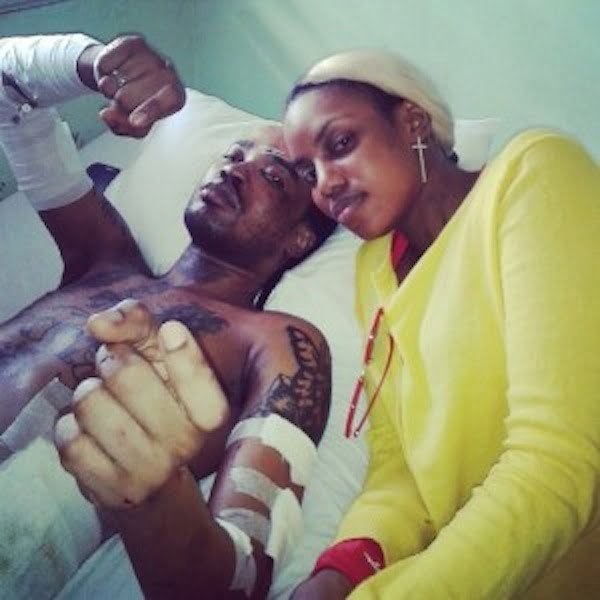