At 25, Rihanna continues to build her legacy as one of the greatest pop stars that has ever walked this earth.

The Bajan pop beauty inked her name to the record books in South Africa last weekend when she performed in front a sold out crowd at the FNB Stadium in Johannesburg.

Over 67,000 fans turned up for her concert, making her the first female and the youngest artists ever to sellout the stadium. 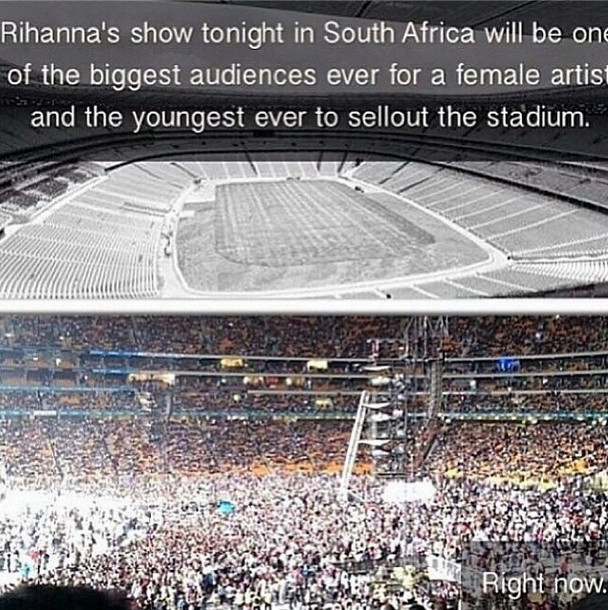 In June, Rihanna performed in front a sold out crowd of over 80,000 strong fans at the Stade de France in Paris.

At this stage in her career, Rihanna is pulling more people to her concert than most of the biggest names in music.