Vybz Kartel will get his chance to prove his innocence starting on Monday (July 15).

The Home Circuit Court empanelled a 12 member jury a short while ago.

The case is scheduled to begin Monday morning where the prosecution and the defense will give their side of the story and present evidence.

The constant delays angered Vybz Kartel’s supporters who gathered outside the courthouse. 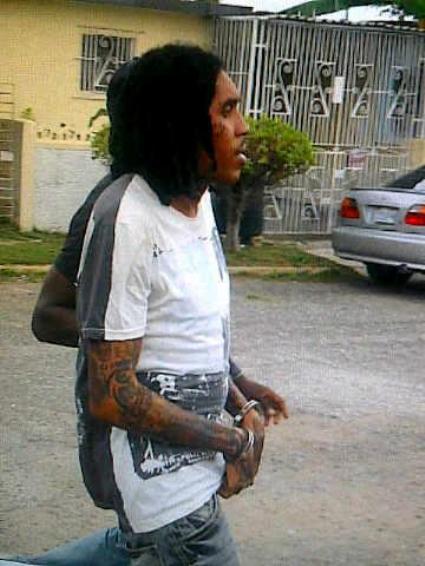 Both defendants will appear in court on Monday along with Vybz kartel.

Investigators say Vybz Kartel and his co-accused shot and killed Burton in July of 2011 while he was standing with a group of friends along Walkers Avenue in Gregory Park, St. Catherine.

Vybz Kartel has been behind bars since September 2011 after he was arrested in a massive police operation in Kingston.

The dancehall star was taken to several homes he either own or frequent where police conducted an extensive search and seized several computers and found an illegal firearm.

Vybz Kartel’s second murder trial in relation to the death of dancer Clive “Lizard” Williams is scheduled for November.

The “Dancehall Hero” deejay has maintained his innocence.

If convicted he could received life in prison.