Spice says Macka Diamond is not ready for her clash so she brought a donkey to clash Macka.

In case you weren’t at Sting on Wednesday night, the rumors are true, Spice turned up at Jamworld with a real life donkey that she brought on the stage.

Unfortunately these two females did not clash as anticipated. Instead we only got a few name dropping and bickering from the two.

There were also a rumored fight backstage between Spice and Macka Diamond. 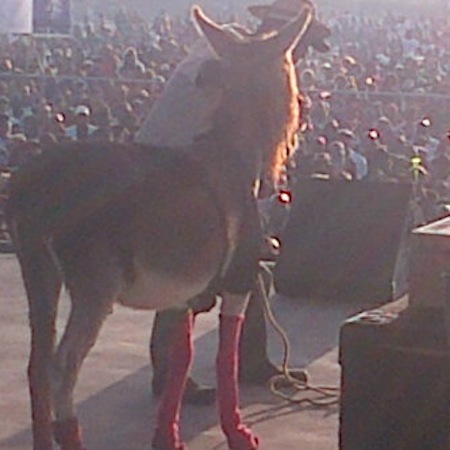