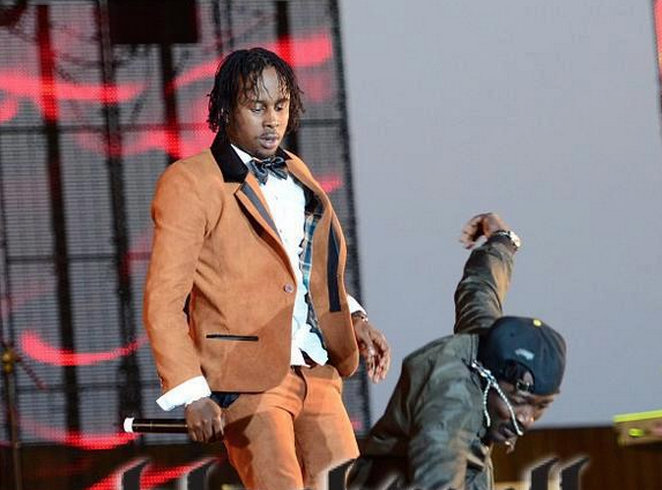 There were many ups and downs at Sting 2012, but perhaps the most talked about event was Popcaan pushing Black Ryno off the stage.

The incident caused a huge brawl between Popcaan, Black Ryno and their respective entourages.

After returning to the stage, Popcaan told the audience that out of all the artists Vybz Kartel mentor he loves the Worl’Boss the most.

“Me is the baddest thing Vybz Kartel burst,” Popcaan said.

“None of them ba–y boys don’t love Kartel like me. A me love Kartel the most,” Popcaan added.

The line from Popcaan became the most talked about event from Sting 2012 on social media.

Watch the video from Popcaan and Black Ryno brawl at Sting below.

Sound off below comments.