Rihanna Instagram is again the center of controversy after she uploaded a photo showing her on her knees.

Rihanna fans grew angry after realising what the photo is suggesting.

“There’s no way Chris can take you serious! She’s kneeling down s*cking Chris D*ck can then posting it on social media?! Is this what you teach your fans?” one fan commented on the photo.

It’s hard to see at first but if you look closely to the bottom left of the image you will see Rihanna’s legs with her shoe on.

Rihanna and Chris Brown reportedly get into it over the weekend after images of Karrueche Tran and Breezy surfaced online.

The two have since made up AGAIN. 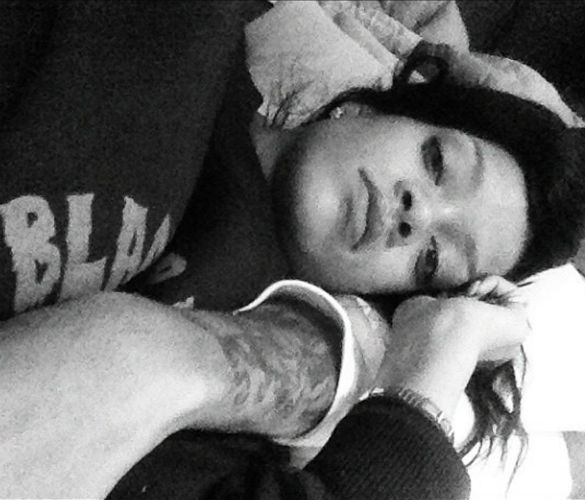