According to TMZ, another vehicle turned in front of a black Cadillac SUV Diddy was traveling in. The SUV t-bone the other vehicle.

Police officers were quick on the scene. Diddy was spotted on the ground complaining about pain in hi leg. However, the Bad Boy CEO was not seriously injured and was able to walked away from the wreckage.

Other people involved in the accident were also complaining about pain, but no one was taken to the hospital. 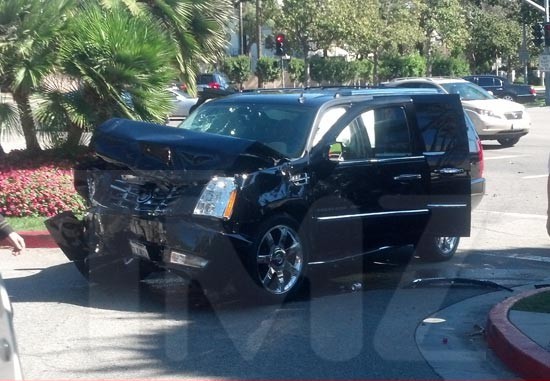