While some fans are angry, most of Rihanna and Chris Brown followers are eagerly awaiting for the two to officially step out together.

These fans may finally get their desire, since the two love bird was spotted getting close last night at the launch party for Qubeey.

Rihanna was wearing a short white dress, while Breezy blends in the crowd in a grey hoodie.

A close source to the Bajan pop beauty told Urban Islandz that she was by Chris Brown’s side all night and the two even shared a kiss.

“They are both very supportive of each other personally and in their ventures,” the source said. “Ri was by her man side all night and you can feel all eyes were on them… thats their star power.”

Rihanna and Chris Brown were also spotted sharing a blunt, taking turns off it.

Do you think Chrihanna is back? 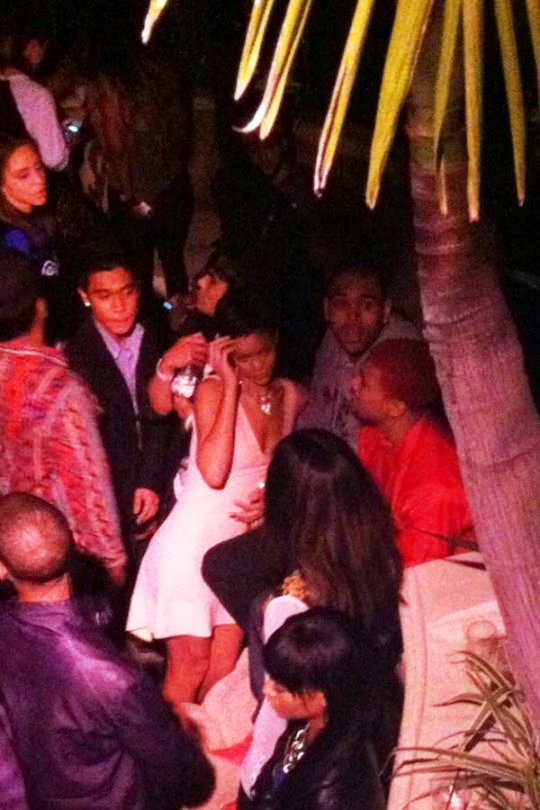