Did Rihanna and Chris Brown reunite because she is pregnant and are there wedding bells in the future?

According to Rihanna’s dad, Ronald Fenty, he hopes to give away his daughter to Chris Brown at their wedding.

In a recent interview with Life & Style Magazine, Papa Fenty says he want to see the two of them make it official.

“Whatever makes her happy,” Ronald Fenty said. “I hope one day she will get married. Everyone adores Chris; he’s a super guy.”

“I always thought he was extremely talented,” he said. “He always gave me great respect.”

Like Rihanna and Chris, Ronald Fenty has also moved on from that violent incident that ended their relationship in 2009.

Chris Brown recently dumped his model girlfriend Karrueche Tran so that he can focus on his relationship with Rihanna. But the real reason for their reunion could be because RiRi is pregnant.

A close source to the island beauty told Urban Islandz that Chris Brown may have gotten her knocked up during their year long affair behind Karrueche’s back.

“Everyone in our circle is speculating because all of a sudden she stop drinking and smoking and a host of other things,” the source said.

“She be getting a lil sick so everyone is making fun of her saying ‘gal ur f*kn knocked up,'” the source added

Rihanna was spotted hitting up a studio late last night in Los Angeles to finish working on her upcoming album Unapologetic, due in stores on November 19. 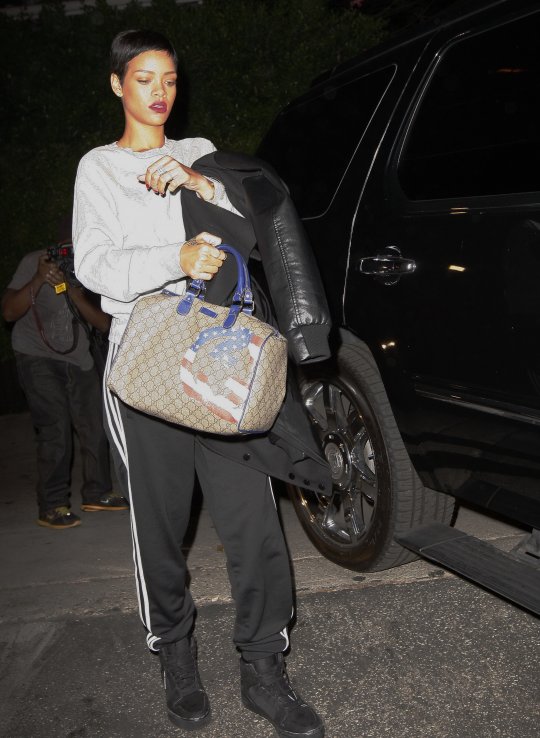