Rihanna is in a very emotional state right now, a source close to the singer told Urban Islandz.

The “Where Have You Been” singer bid her late grandmother, Clara “Dolly” Brathwaite, final farewell in New York City earlier today.

PHOTOS: Rihanna Steps Out For Her Late Gran Gran Dolly’s Wake In NY

Yesterday she and other family members and close friends were spotted at the wake. She looked an emotional wreck, but tries to put up a brave face.

Brathwaite, affectionately called Gran Gran by Rihanna, died on July 1st in a New York hospital after a long battle with cancer.

“My heart smiled and cried all at once #grangranDolly,” Rihanna tweeted this week.

Our deepest condolence goes out to home girl Rihanna and her family in this time of bereavement.

Rihanna will be heading to London for the Barclaycard Wireless Festival. She is expected to take the stage tomorrow (July 8). Let’s hope that will go well for her as she is still grieving. 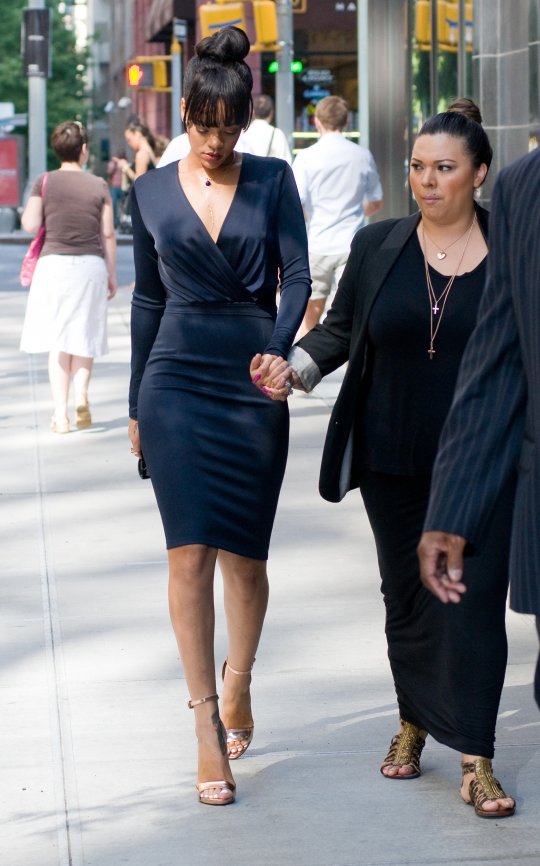