Rihanna and Drake rekindles their old flame over the Memorial Day weekend in Miami. The two, who were rumored to be dating last year, was snapped by paparazzi getting close at Club Liv in Miami.

Last year Rihanna confirmed that she and the Young Money rapper had a fling in 2010, but admitted that it was at a volatile time in her life.

A few days ago the “Where Have You Been” singer was the center of a Twitter beef between her ex-boyfriend Chris Brown and rumored boyfriends Meek Mill and Drake. 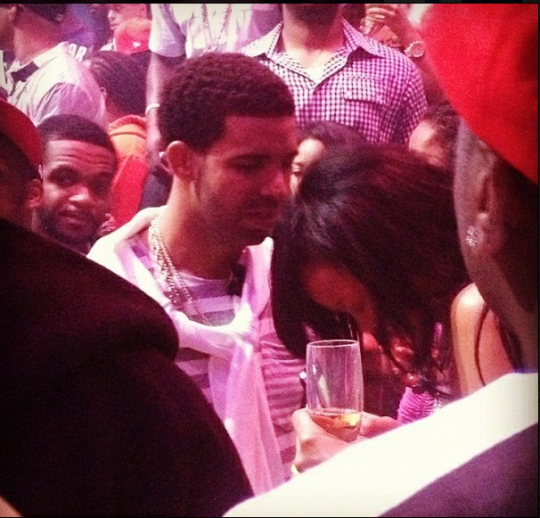