Dancehall superstar Sean Paul is officially off the market after marrying longtime girlfriend Jodi “Jinx” Stewart in a lavish wedding this past weekend at the Boone Hall Oasis.

An inside source told Urban Islandz that the top secret wedding went smooth with only minor glitches. Only family and close friends got the privilege of seeing Sean Paul say “I Do.”

Sean Paul, whose real name is Sean Paul Henriques, and Jodi ‘Jinx’ Stewart have been dating since 2002.

Jodi Stewart is a popular personality on the Jamaican entertainment scene, mostly for her hosting duties on at Reggae Entertainment Television (RE-TV).

The two are currently honeymooning on the French Polynesian Island. 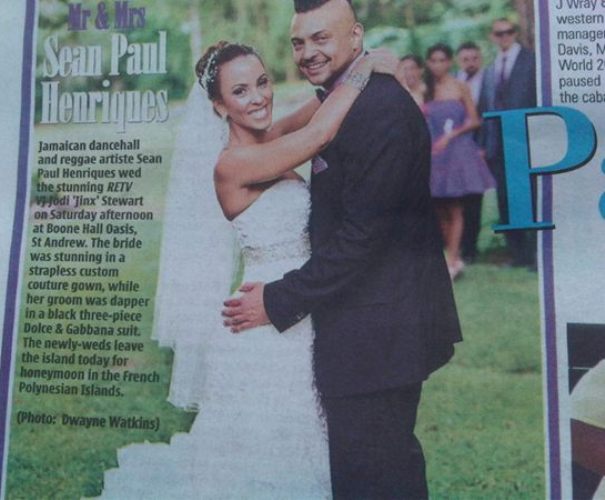