Since last week, the “Where Have You Been” singer has been complaining about having the flu and fever. The Bajan pop star confirmed the news via Twitter when she tweeted a photo of her arm with IV.

Last Friday Rihanna had to skip the Saturday Night Live rehearsal due to her illness, but pulled through for the live show Saturday night where she performed her singles “Where Have You Been” and “Talk That Talk.”

“You been quiet all day,” a fan asked Rihanna on Twitter on Tuesday.

On Monday night Rihanna turned heads at the MET gala in a Tom Ford black leather gown with alligator print.

Hours after Tweeting the photo with IV in her arm, RiRi uploaded a photo of herself getting ready to board a private jet to Los Angeles. 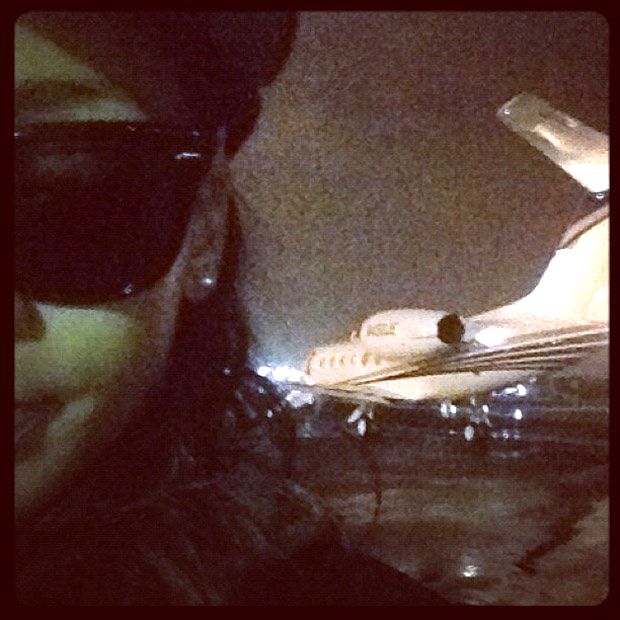 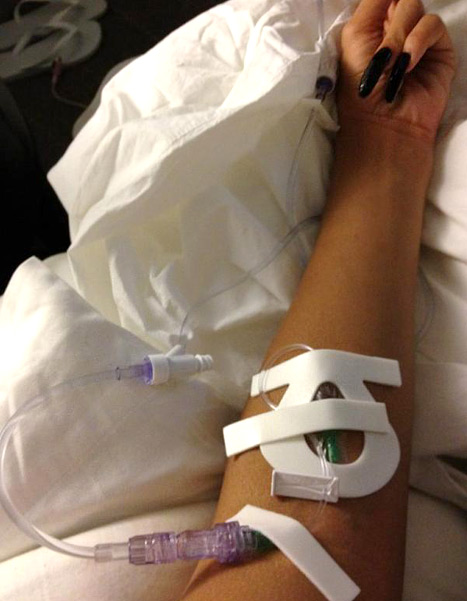