Little Red Riding hood was spotted hanging out with American sweetheart Taylor Swift at the Grammys, while a blonde Rihanna was spotted with friend Katy Perry and Gwyneth Paltrow.

Singing legend Stevie Wonder came over to congratulate Chris Brown for winning a Grammy and putting on a show for the audience. Weezy was spotted hanging in the audience with daughter Reginae, while his Young Money labelmate Drizzy hang with his dad.

These were just a few behind the scenes moments captured by cameras at the 54th annual Grammy Awards. 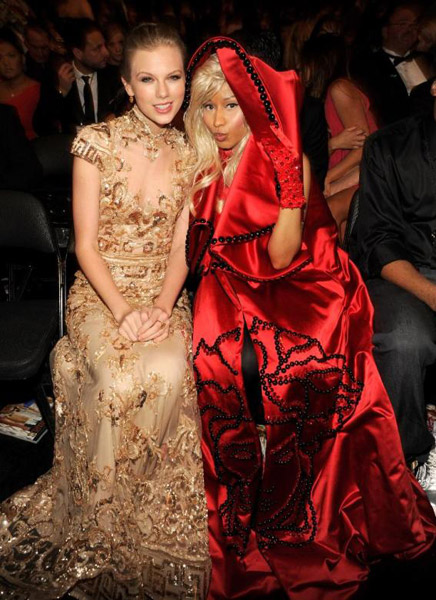