Just when you thought that things are going okay for Usher and his estrange ex-wife Tameka Raymond, something new pops up.

According to reports, Usher, who filed for sole custody of the couple’s children back in January, is about to have a legal showdown for the boys with Tameka.

The couple got married in 2007 amidst much controversy, and divorced in 2009 after having two children together.

Sources said that Usher is trying to move the kids to Tribeca in New York City, away from Tameka who lives in Atlanta. But she isn’t having that.

TMZ, who obtained legal documents, said the 33-year-old Grammy-winning singer has not lived up to his legal obligations of the shared custody of the kids, so she’s putting it all on the table.

According to the documents, Usher is obligated to notify Tameka when he takes the kids out of the country but has failed to do so on several occasions.

Tameka also claims Usher is required and has failed to:

— get her approval before hiring nannies

— let her have custody of the kids during Christmas break 2010

Since Usher has failed to stick to his legal obligations, Tameka wants a raise in alimony, and says Usher hasn’t been paying and now owes her over $34,000 in payments. The lack of payments come even as there has been a “substantial change in [Usher’s] income” since they got divorced. 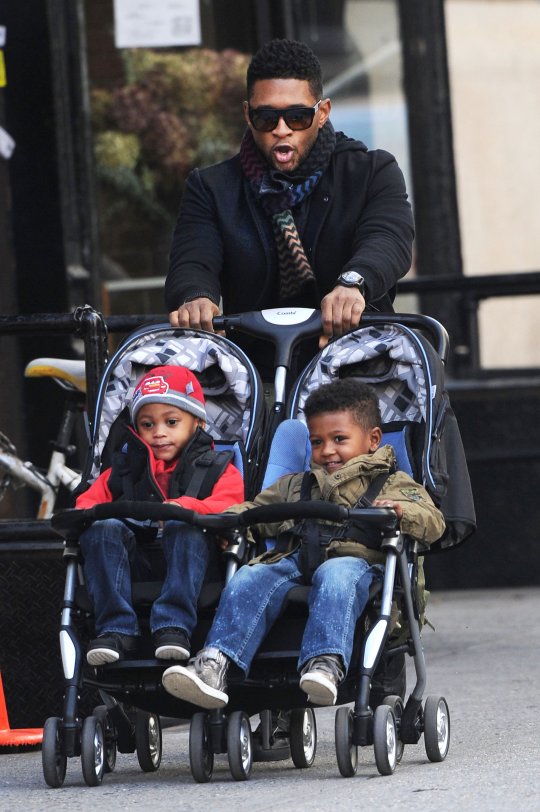