Yesterday Urban Islandz exclusively told you that Vybz Kartel is planning to distribute his own Cake Soap on the market.

Since the release of Vybz Kartel song Cake Soap there has been a rush for the Blue Bommer in Jamaica.

Urban Islandz source at the Gaza send us the below image of the packaging for the much hyped soap. 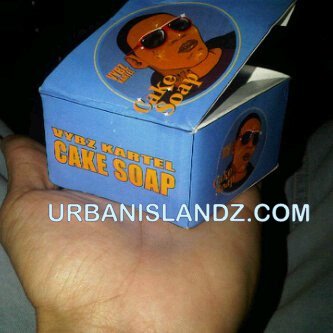 Since we broke the news yesterday, we have gotten several emails from fans and inquirers about where the soap is being sold. When we ask our Gaza source, the response was “Come Pon Di Gaza.”