Los Angeles rapper Drakeo the Ruler died hours after receiving stab wounds at the Once Upon a Time Festival on Saturday night in L.A.

According to TMZ, the rapper passed away early Sunday morning after suffering multiple stab wounds to his neck and body. The rapper, 28, was among the lineup of artists who were set to perform at the all-day event at L.A. Exposition Park.

Drakeo the Ruler, whose real name is Darrell Caldwell, was attacked backstage around 8:30 p.m. when a fight ensued, and during the altercation, he was stabbed. TMZ quoted LAPD as sources revealing.

The celebrity news site reported that police are still piecing together the events leading up to the fight and stabbing and all artists are to be interviewed along with their entourage.

The police have not revealed a motive or have arrested any suspects yet.

The tragic incident caused the festival promoters to lock off the event early, which meant headlines like Snoop Dogg and 50 Cent didn’t get to perform.

The festival had a packed lineup of artistes like Snoop Dogg, 50 Cent, Ice Cube, YG, The Game, and others.

As news spread of the rapper’s demise, fans online openly mourned the rapper who had the potential to become one of the greatest rappers on the West Coast.

Drakeo the Ruler, who was in prison for three years for gang-related charges, was released in November 2020 after taking a plea deal. He was arrested in 2017 for murder which he later was acquitted for, but he remained in jail as authorities alleged the band he was leading – 2Greedy Stimc Team was a gang where he was the leader, and authorities attempted to have him charged for the alleged crimes of the other gang members.

Despite that, the rapper continued to release music and has had a good year for his music, including his 17-track mixtape, ‘The Truth Hurts’ , featuring Drake on the song “Talk to Me.” 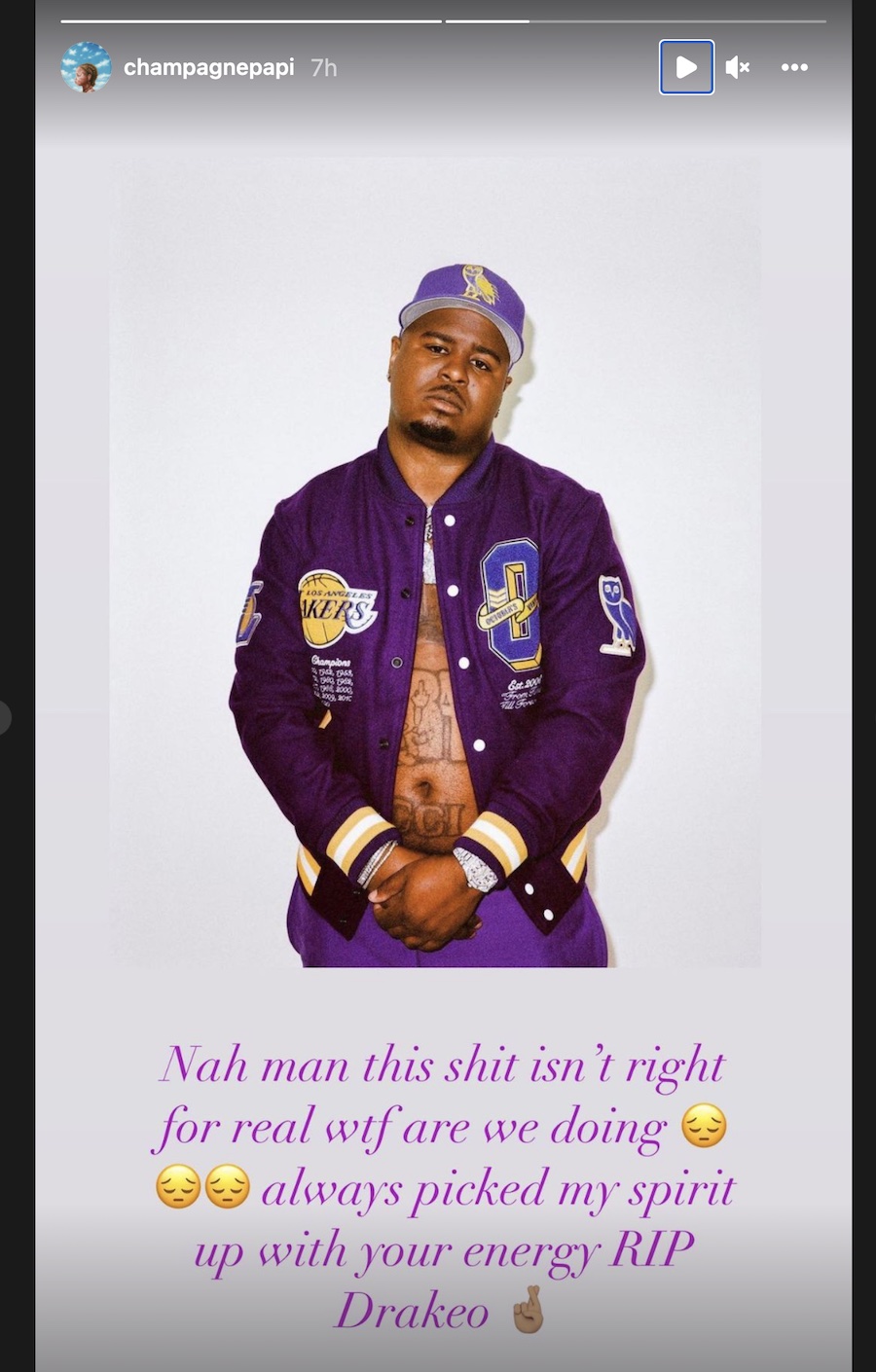 Toronto rapper Drake is among the rappers who shared messages following his death. “Nah man this s*** isn’t right for real wtf are we doing,” the Toronto MC wrote on his Instagram Story. “Always picked my spirit up with your energy RIP Drakeo.”

Media update: There has been an incident at the Once Upon A Time in LA festival at the Banc of California. The festival has concluded early. LAPD will be in the area assisting CHP w/ the investigation. Media staging is on the South Lawn at Bill Robertson south of Exposition.

Man Drakeo was always hella cool & respectful ??? Prayers up for his family RIP The Ruler ?