NBA YoungBoy’s music is not being promoted on YouTube because of his image.

Youngboy Never Broke Again has dropped his third album, Sincerely, Kentrell, from behind bars. Following 2020’s Top, as well as several mixtapes, Sincerely, Kentrell has already hit No. 1 on the charts. Despite this impressive album performance and his status as one of the most popular artists on YouTube, NBA’s manager, Alex Junnier, has revealed that YouTube is refusing to promote Youngboy’s music.

Taking to his Instagram story, Junnier wrote, “YouTube told us they can’t promote YB because of his image…weak a** platform. Your #1 artist 3 years in a row.” 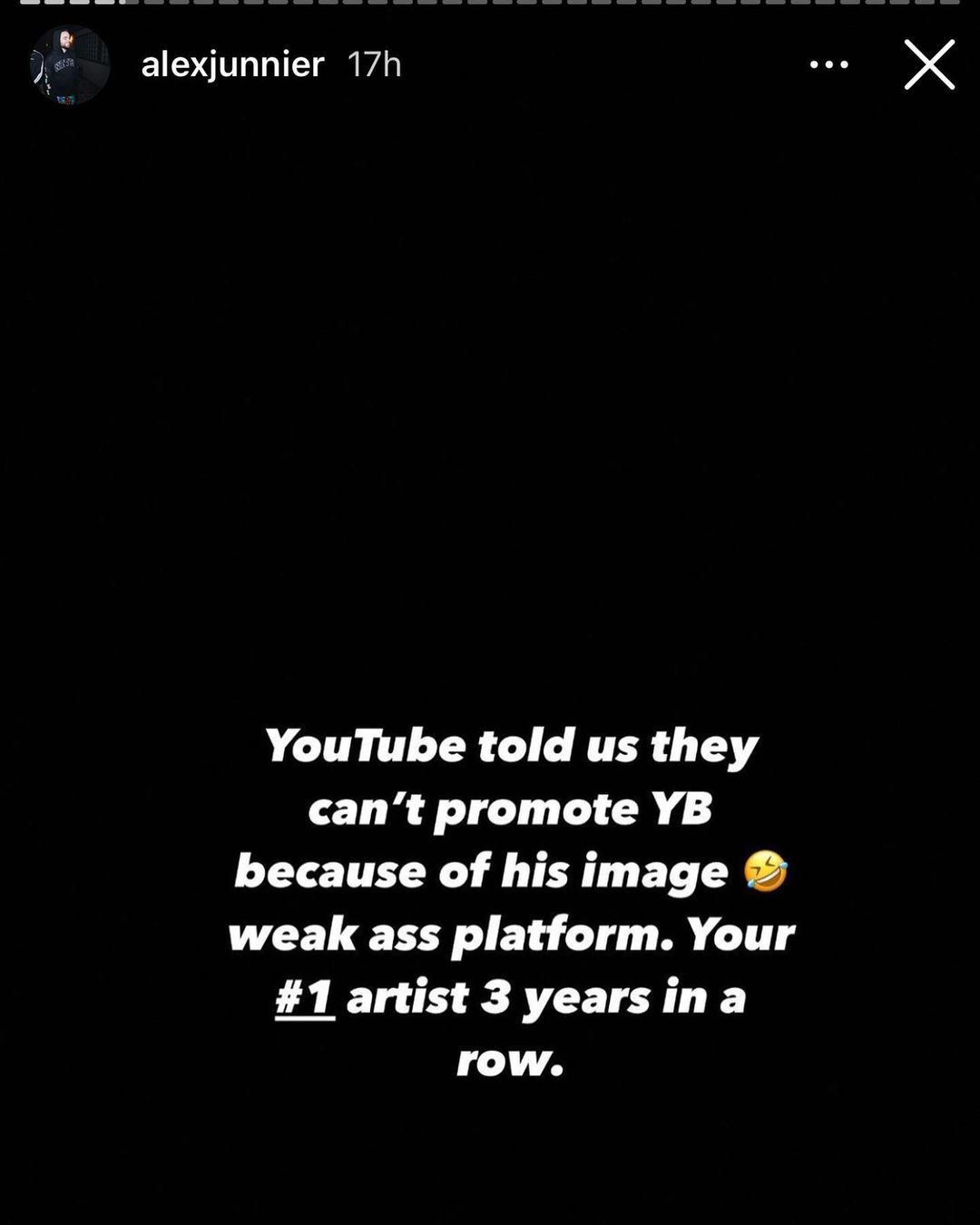 Junnier followed up that post with several shares of other artists promoting the album, as well as screenshots of chart data showing the project shoot to the top spot only hours after its release. In one screenshot specifically showing different artists’ performances on YouTube, Junnier shows that YB continues to beat out every other artist when it comes to YouTube streams, tagging YouTube and adding an eye roll emoji.

Junnier also made a point to credit the album for shining a light on smaller producers, many of whom got their start on YouTube.

One post shared by Junnier points out the significance of YB’s latest project, saying, “If NBA Youngboy goes #1 he will be the third artist ever after Lil Wayne and 2pac to go #1 while behind bars.”

NBA Youngboy fans are hard at work trying to earn freedom for the rapper who has been incarcerated since March of this year on firearms charges. A petition nearing 50k signatures is calling for President Biden to release Youngboy on the basis that his jail time is disproportionate to his crimes.

The organizer of the petition, who calls themself “YB Supporter” online, also pointed out that NBA’s arrest stems from previous drug charges and that the federal authorities named their operation to find and arrest him “Operation Never Free Again”, clearly implying that a heavy degree of bias was involved in NBA Youngboy finding himself behind bars.