Popcaan has seemingly responded to claims by the “Double Tap” artist that he disrespected her during a meet and greeted for Beenie Man’s party in the United Kingdom.

On Saturday, Queen Ladi Gangsta, who also goes by Queenie, shared on Instagram that she was upset at being disrespected by Popcaan the night before. She detailed the events at the King of the Dancehall’s birthday party hosted by Wray and Nephew UK that led to her cursing Popcaan out.

According to Queenie, she was in VIP talking to Beenie Man, and she saw Popcaan and greeted him “St. Thomas man” when she was “disrespected” by Popcaan.

Queen Ladi Gangsta says she didn't appreciate Popcaan reaction meeting him for the first time in the UK. pic.twitter.com/79BUFoa73P

She added that male Jamaican artists do not respect women, but she was not backing down from dealing with Popcaan and vent until she was “satisfied.”

Meanwhile, Popcaan responded with a post and deleted that insulted Queenie for thinking she is someone because she has a large following on Instagram. 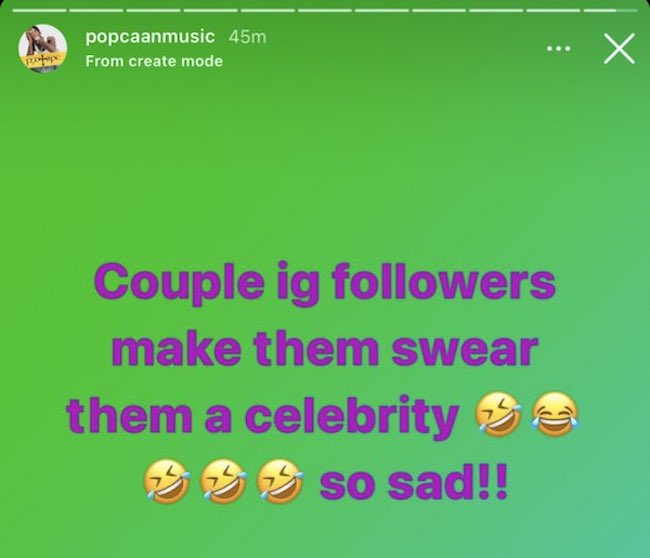 He also posted a subliminal response Saturday morning that showed him sitting next to a big stack of UK pounds currency and others with him counting the money while singing.

“You can hate me now!!! But a won’t stop now,” he captioned the trip of photos and videos.

On the other hand, Queenie also responded to Popcaan’s subliminal messages as she warned that him to be careful as he stands to lose English fans as they are big on respect to women.