DJ Kool Herc along with several hip hop legends marked the 48th anniversary of the founding of hip hop.

August 11th, 2020, marks the birthday of one of the few genres known and celebrated across the globe. On this day in 1973, Hip-Hop was born. It would go on to influence and create an entire culture and a different way of thinking that resonated with fans from around the world.

Hip-Hop began as a movement to help those in need. It was born out of a party that was held to help raise school supplies. One of the genre’s pioneers, Kool Herc, whose real name is Clive Campbell, remains dedicated to the cause of helping those in need and using Hip-Hop for positivity. He is widely regarded as the creator of the turntable techniques that would set the music apart on the world stage and is to date credited as the founding father of hip hop.

The legendary emcee discussed the state of the genre now and the obstacles that he had to overcome when he first began creating music. He described the early days of production as a “green pasture” for music because of how many different styles he had to choose from.

Herc also shared how he purposely created the technique known as the “Merry Go Round,” which gave breakdancers a chance to show off their skills during the instrumental breaks on tracks. He used the technique to combine the breaks of two separate records into one continuous loop. 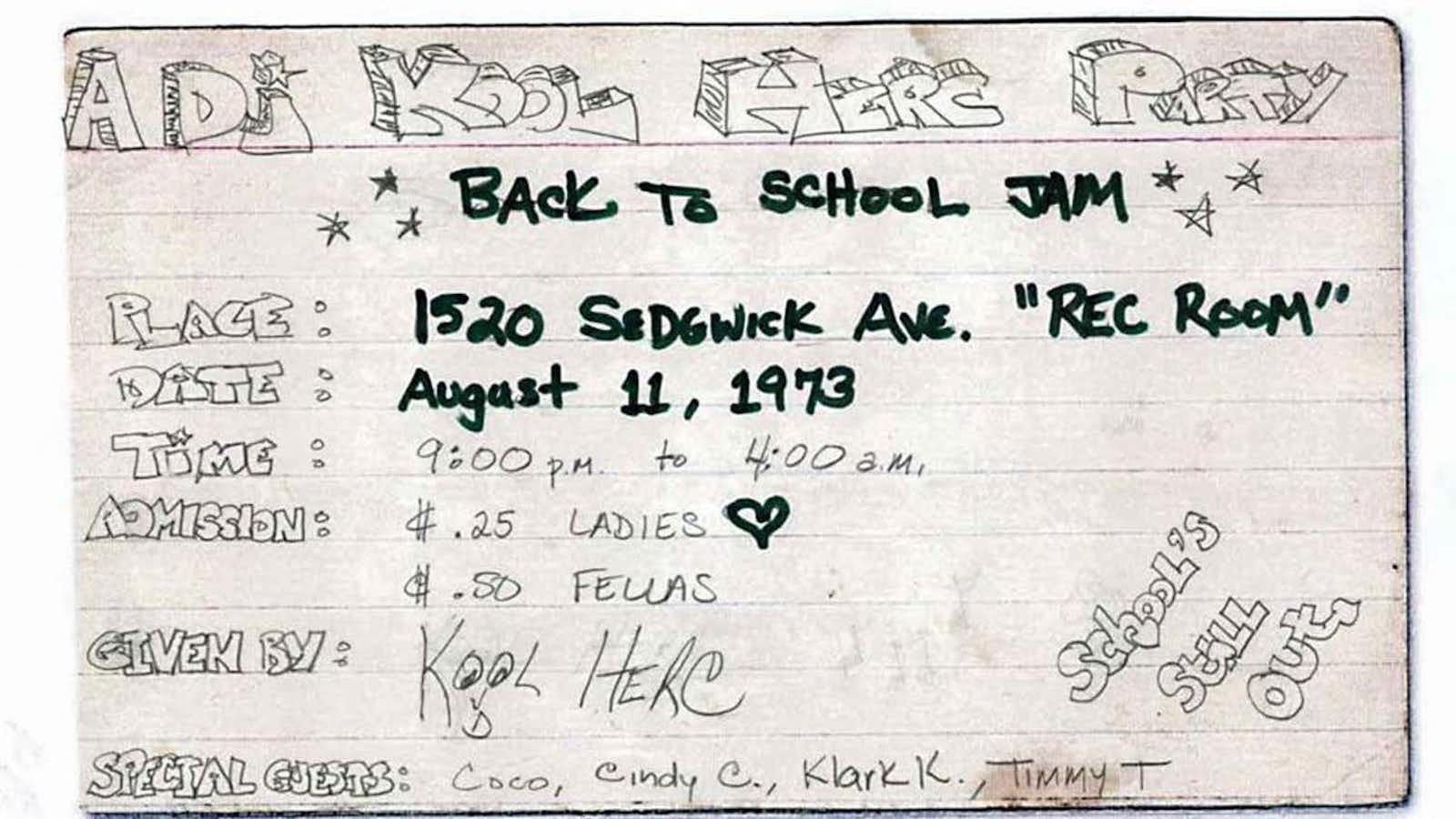 DJ Kool Herc was inspired to create the Merry Go Round technique after watching the B-Boys and B-Girls waiting for the breakbeats on the record.

“I decided to put those breakbeats from different songs together on both turntables and extend the breakbeats,” he said. His pioneering method would later inspire some of Hip-Hop’s finest innovators like Grandmaster Flash.

The journey continues to be a sentimental one to him, he shared. Herc also revealed his favorite memories, like hearing the song “Bongo Rock” played in the White House for President Ronald Reagan’s Inauguration. The track had special meaning to him since it was one of his favorites he often used in his sets. His use of the song is believed to have driven its popularity even more.

Another memory that he recalled fondly was the confirmation of having 1520 Sedgwick Avenue be named as the birthplace of Hip-Hop. Official historical records pertaining to Hip-Hop now state that his famous “Back To School Jam” on August 11th, 1973, which had an entrance fee of 25 cents for ladies and 50 cents for men, is the official birthplace and birthdate of Hip-Hop.

Another memory that is dear to him is getting the opportunity to play himself in the movie Beat Street, one of the first Hip-Hop films produced by a major Hollywood studio.

It goes without saying that the genre has evolved quite a bit since its inception. Modern-day rap often draws heavy criticism because of its content in some circles. Herc believes that it is still evolving, and despite the harsh criticism, he believes that some significant innovations are still being discovered.

“As a musical person, I love all the new sounds that the artist and producers are constantly coming up with. Seeing how they’re continuing to push the culture forward. For me, music is forever changing and change is good. It’s great to see how the different styles and growth between decades open the door for more creatives to get involved and explore,” he added.

Herc will appear on LL Cool J’s “Rock The Bells Radio” on Wednesday (August 11th) to pay homage to the genre that we’ve all come to know and love in a segment of the show called “73 To Infinity.” Rock The Bells will also join forces with the New York Edge organization to raise resources for students in forlorn communities.