The dancehall deejay, who has often spoken about her struggles growing up and her desire to give her parents a better life, shared that she is making strides as she has bought her first home.

Jada Kingdom, who recently moved to the United States and signed a record deal with New York City-based Republic Records, shared with her fans the excitement as she disclosed the big news to her family members.

On her Instagram, she shared a video of herself calling members of her family to share the big news. The 22-year old who started her career as a 17-year old in Jamaica shared screenshots of herself FaceTiming her brother –“Lil Brodi,” who was unavailable, and her mother, whose name is saved as “First Lady” with the Queen emoji.

“New House!!! WTF!!!??? YesmeTaneshafirstdaughter!!! #Blessed #Win,” she wrote under the post, which also had two teens swimming in a pool outside.

Jada Kingdom did not share the location of the house, but the artiste has teased that she loved New York and might even move there. Additionally, her home in recent times has been in Atlanta metro area. 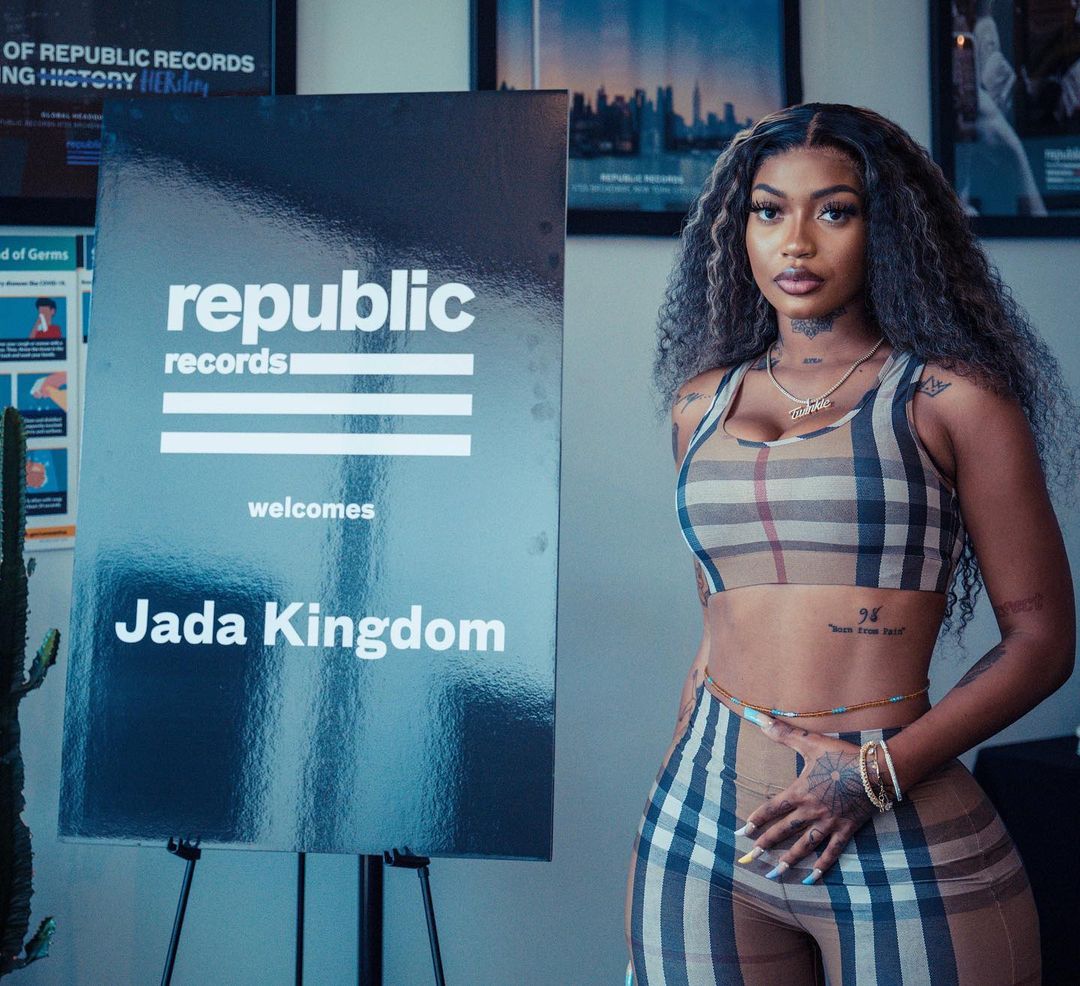 Meanwhile, her mother celebrated with her in the comment section as she referenced her daughter smash single “Win,” which is a motivational mantra in which the artist sings about her struggles and her desire to rise above it all.

“Thank you you told me you haffi win. I’m lost for words thank you god. I’m so happy Tanesha first daughter,” she wrote.

The artist’s boyfriend, Verse Simmonds, also wrote his congratulations. “This what hard work do! And deh ting just start,” he said, to which Jada replied, “Yu da f***in GOAT!!! Love you forever!!!!” she said.

Meanwhile, congratulations poured in from fans and other artists, including from Asian Doll and Kiprich.

Kingdom has been enjoying developments in her career since she moved to Atlanta. Her upward movements have not been without its share of controversy as she was sued for defamation by her former manager, Pop Style after she claimed that he had stolen from her and she had no control over her income. The manager, in his lawsuit filing, denied the allegations and sued Kingdom for her damaging remarks.