Chronixx, Spragga Benz, and Mr. Vegas, are among a slew of reggae/dancehall artists outraged by the alleged cutting of a teenage woman’s dreadlocks by Jamaican police.

There is widespread outrage taking place in Jamaica due to the violation of a Rastafarian woman’s dreadlocks. Mr. Vegas and other artists speak out as social media users and citizens plead for justice.

On July 22nd, 2021, 19-year-old Nzinga King was reportedly being held at the Four Paths Police Station in Clarendon when she had her locs cut off by a female police officer.

King stated that while she was aboard a taxi in May Pen, police officers approached and ordered a passenger to exit the vehicle. The passenger refused, and cops discharged their pepper spray, resulting in King exiting the vehicle and removing her mask.

King was charged with disorderly conduct, and on July 22nd, received a 10-day sentence. Otherwise, she would pay a fine of JM$6000. She was unable to pay the fine and was subsequently taken into police custody, where a female police officer allegedly cut off King’s hair in a bathroom. 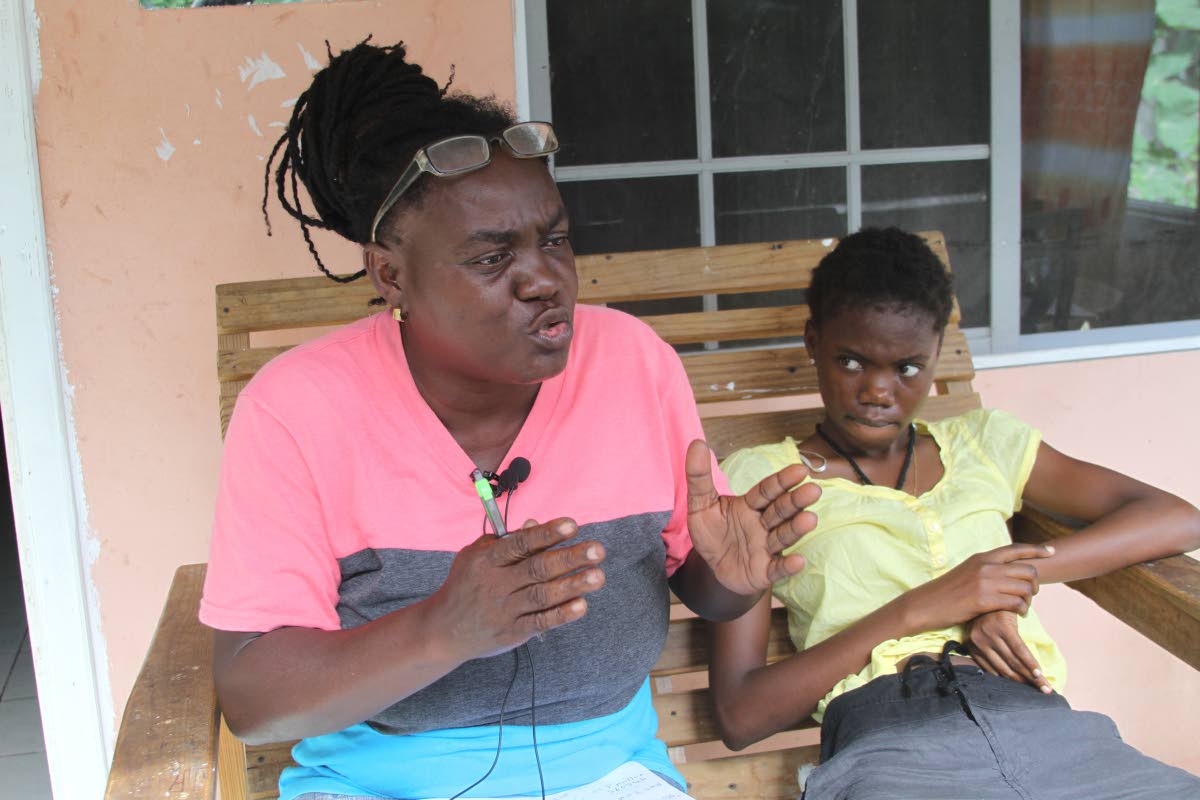 This egregious incident caused a public uproar. Notable figures like Chronixx, Tarrus Riley, Spragga Benz, and Mr. Vegas took to social media with a video to create additional awareness of the incident.

“If this is what happened I think we the people. We need some answers,” Mr. Vegas said in a now deleted video. “I think this is not something that we should treat as all the other situations that happened where people hair get cut off and people getting arrested for not breaking any laws. I think there should be a thorough investigation and I think the Prime Minister should step on this. Because, we not saying the prime minister is going around telling people to cut anybody locs or locking up anybody. So, these Police officers who are behaving in this manner, there should be some discipline.”

Mr. Vegas expressed that there needs to be accountability, as the problem will only worsen without any actions being taken.

Chronixx jumped into action as he shared an image of an upside-down JCF’s “Utroque Serve” on his Instagram. The post was captioned, “Jamaica Demonic forces. Needs repentance. Youth dem on the inside need to WAKE UP!!! And Rise Up.”

To this, Spragga Benz responded to the post, saying, “Yu seet… aas much as mi know dem advise yu fi stay outta it yu just cant help yu self because the warrior inside you wont allow it… Righteousness over vanity #burnbabylon.”

Jesse Royal added, “Disgusted but Not Surprised! They transform regular yutes into Monsters and then send them to terrorize the lives of people who look like them.” 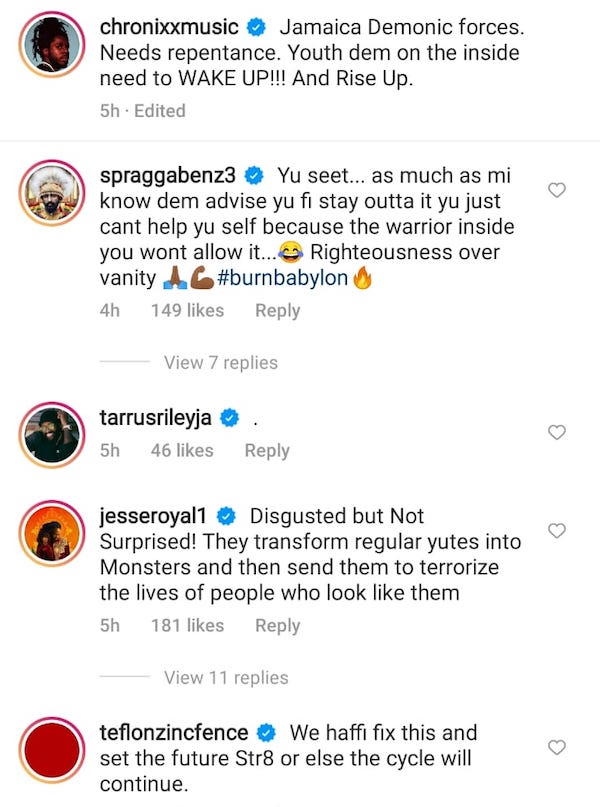 Tarrus Riley, who is a Rastafarian singer, shared his disgust at the news on his Instagram account. “Right is Right and Wrong is Wrong,” Riley said. “In 2021 wtf is going???…. Everyone have right or jus sum?… THE WAY PPL HAVE SEX IS MORE IMPORTANT THAN THIS??….KMFT… What will be the outcome???… WHO IS RESPONSIBLE????.. Where is Justice?”

She went on to state that the police officer was acting as though she had a “right” to do so.

In the past, Rastafarians have been marginalized and victimized in Jamaica, as observed in the 1963 Coral Gardens massacre, which left 150 persons detained and tortured. Ironically, the most well-known representative of Jamaica’s global footprint of Reggae music is Bob Marley. He is also a forefront figure in the Rastafarian culture.

In an interview with the Jamaica Gleaner, Donna Hope, senior Lecturer of Institute of Caribbean Studies and Reggae Studies at the University of the West Indies, stated, “The King haircut was a scar on the face of the nation, especially as the country commemorates both Emancipation and Independence.”

Isat Buchanan, the lawyer representing King, stated to The Washington Post that he is filing charges against the police officer. He asserted that the alleged act was a “breach of human dignity, rights and freedom of expressions.”

Chronixx also shared this lengthy video calling on the Rastafarian community to unite in their response to to the cutting of Nzinga King’s locs.