Charly Black and Cali Y El Dandee put on a show for fans at the Gold Cup finals.

Jamaica’s Reggae Boyz may have dropped out of the region’s Gold Cup 2021 before reaching the finals. However, that doesn’t mean the island doesn’t still have a representative present on one of the biggest nights of the competition.

Jamaican entertainer Charly Black joined Colombian singers Cali Y El Dandee to perform the official theme song for the CONCACAF Gold Cup during the pre-game entertainment. The move marks a major win for Charly Black, who has cemented himself as one of the biggest names on the Latin American music scene.

The dancehall artiste broke into the market with his smash hit “Party Animal.” He would later partner with other big names such as Luis Fonsi, Maluma, and Daddy Yankee on the remix. He also made his way into the remix of Fonsi’s global hit “Despacito.”

“Juega” is Charly’s latest entry in the Latin market, was released just a week ago, and features an accompanying music video shot in David Beckham’s Inter Miami CF Stadium in Fort Lauderdale. 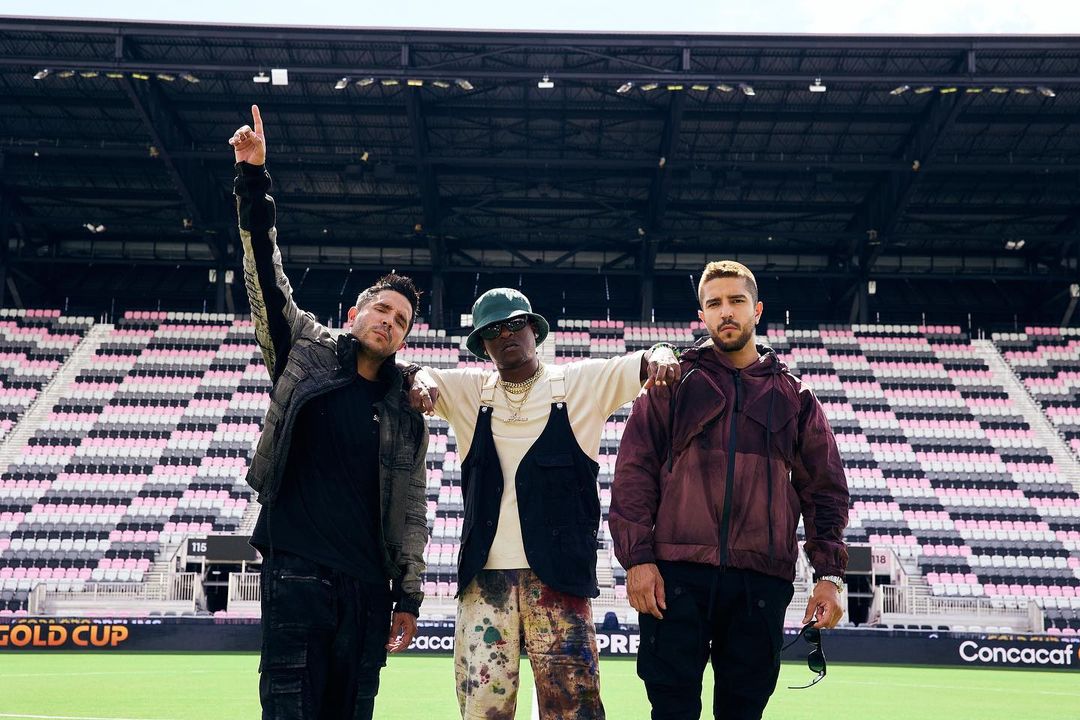 The “Bike Back” deejay ensured that fans inside the stadium were thrilled with an energetic performance complete with lights, fireworks, and a fire show. Wearing a white jacket, white pants, and a green shirt, along with a Jamaican flag-colored handkerchief tied around his head, Charley looked absolutely dapper as he repped Jamaica.

The signature line “It’s Charly” introduced his verse as he deejayed, “Them think they better than we, But they not better than we / We neva talk, we just let the words speak for we / Show off to everybody, we unite everybody / Champions from the art, no it’s reality / It was a dream, yes, a dream, no “I” in team.”

Charly Black continued with the motivating rendition, “Inspiration to many on the radar / Yeah, we rise like a phoenix through the sky up in the air and show the good vibes up / Me and my team keep winnin’ / This is my favorite moment (Oh) / We came from the ground and now we.”

A fitting track for a momentous occasion. Charly later took to his Instagram page to share a clip of his performance.

Charly captioned the post, “So many times i was invited to Las Vegas and i said i won’t go until im working and last night i got to perform infront of 61,547 patrons in attendance at the (allegiant stadium) plus the millions watching the @goldcup finals worldwide while i represent my country (Jamaican Flags) even though my team never made it to the finals I’m still proud of them big up @calidandee yeah a mad thing #goldcup21 #charlyblack #lasvegas #teamunstoppable #countryboy #juega #dancehall.”

Charly Black fans have been raving about the performance all across several social media platforms as they revel in the joy of this huge opportunity for their beloved artiste.

Fellow entertainers also showed their support in the comment section, which was littered with fire and flag emojis. Beenie Man, Wayne Marshall, Usain Bolt, Demarco, TeeJay, Busy Signal, and Baby Cham were a few of the many who embraced the performance.