Kanye West could be holding another mega event for a second listening party for Donda in Atlanta, according to some reports.

On Friday, news from Kanye West’s camp seems to point to the billionaire rap mogul hosting a second listening event for his 10th studio album in Atlanta next week. The album is set for release on August 6th although that might be a tentative date based on the number of times Kanye has shifted the release date for the album.

A week ago, Kanye West previewed songs from the upcoming album at the event held at the city’s Mercedes-Benz Stadium, which attracted about 70K people. Among the surprises was a feature from Jay-Z, which teased a possible future collab between him and Kanye as a follow up to their ‘Return of the Throne’ album.

To preview his 10th album, playing the project – which includes a new collaboration with JAY-Z – to a sold-out 42,000-capacity crowd. 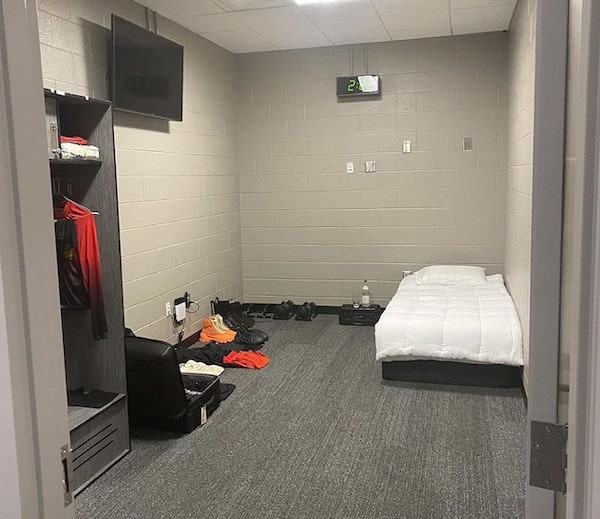 Meanwhile, fans are waiting patiently for Donda, which is being released through G.O.O.D. Music/Def Jam Recordings. On the other hand, Kanye West has been working feverishly on the album as he moved into the MB Stadium as his temporary living quarters, which include a studio, kitchen, and sleeping quarters.

Kanye West has said he was inspired by the crowd for his first listening party and even referred to it as “cathartic.”

It seems, though, that he might be recreating that vibe as TMZ reports that he plans to have the second listening event on the night before he officially drops his album. Given that the first party was slated for the night before release, maybe fans might or might now show up, although die-hard Yeezy fans will definitely support the rapper.

According to TMZ, stadium employees have been hired for the second hosting of the event.

The celebrity news site also reports that CAA and Live Nation wants Kanye to make the second event different from the first to make the event easy to sell so fans would want to attend knowing that it would be different.

In related news, Kanye West is reportedly forking out around $1 million per day to take up residence at the Mercedes-Benz Stadium and we do know that he has been there for two weeks now.