DaBaby appears to be facing dire consequences for his actions, or in this case, his words.

The rapper’s name has now disappeared from the lineup poster for the Parklife Festival, an annual independent music festival held in Manchester, England.

Just two weeks ago, the festival unveiled the poster to the public, flashing DaBaby’s name in a bright pink font as one of the headliners, along with Megan Thee Stallion and Young Thug.

Today (July 29), on the festival’s updated poster, DaBaby‘s name is nowhere to be found.

TMZ has linked the name drop to the recent controversy surrounding the rapper since his performance at Rolling Loud Miami last Sunday, July 25. The “Goin Baby” rapper received major backlash after he uttered some unpleasant words during his performance, fueling accusations of him being homophobic.

A viral video of the rapper’s performance saw him pacing the stage topless while he said, “If you didn’t show up today with HIV, AIDS, or any of them deadly sexually transmitted diseases, that’ll make you die in two to three weeks, then put your cellphone lighter up.” 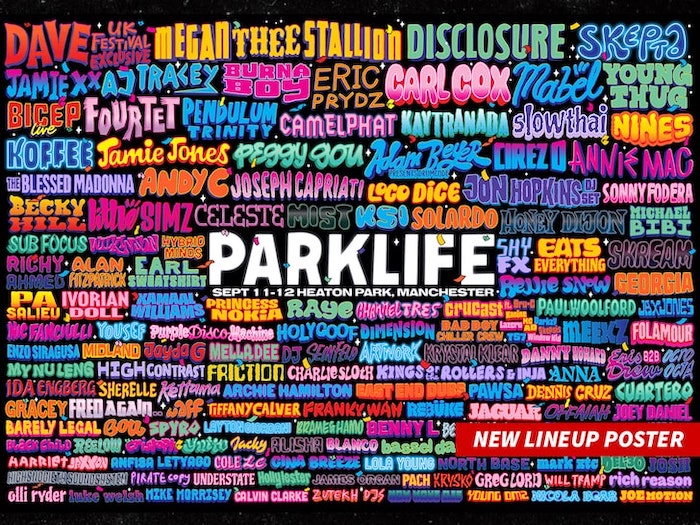 Social media users attacked the rapper soon after and some hours later, a hoarse Baby took to his Instagram stories to justify his words, claiming his performance was for the Live show and not for internet users to understand.

“What I do at a live show is for the audience at the live show, it’ll never translate correctly to someone looking at a little five-six second clip from they god*mn crib on they phone. It just don’t work like that,” he said.

The “Ball If I Want To” rapper also claimed internet users twisted his words.

“Regardless of what you mfs talking bout on the internet and twisted up my words, all my fans at the show, the gay ones and the straight ones, we turned the f*ck up. My boy had a crop-top on, front row, he out there in that jungle in that water ..… the hell y’all talking bout, y’all ni**as shut the f*ck up, you ni**as that ain’t at the show,” he continued.

Perhaps social media users and members of the LGBTQ community had been hoping for an apology. Still, DaBaby maintained that whatever he said at his performance was just that, a performance, and should not be taken that seriously.

But fans are not here for that, and apparently, neither are promotors and sponsors. Parklife is the latest to kick the rapper to the curb as clothing company BoohooMAN did the same soon after the Rolling Loud comments. There have also been reports that Dua Lipa’s “Levitating” remix that features the rapper has been removed from several Apple Music playlists.

DaBaby’s performance has left such a deep and distasteful stain that major heavyweights have sounded off about his statements. T.I. and Boosie have seemingly shared the same sentiments. However, Elton John and Dua Lipa have chimed in, condemning Baby for his words.

This morning, Chris Brown also seemingly lashed out at Baby, clearly not siding with his performance.
Chris shouted as he wrote in all caps, “Shut the f*** up… Do yo shows. Thank everybody. Then get the f*** off stage!”

Although he did not mention DaBaby by name, fans have deduced that the message is directed at him.

While we do not know what the future holds for DaBaby, we do know that there is now a crack in his career that needs to be mended, and the sooner, the better.