T.I. is getting hammered for supporting DaBaby including from some of his famous colleagues like Amber Rose and Sabrina Peterson, the woman suing him for sexual abuse.

The Atlanta rap legend thinks that DaBaby’s homophobic rant during his Rolling Loud festival performance is not that big of a deal. T.I. made the comments even as the young rapper faced serious backlash from fans and various media outlets.

There’s still been no word as to why DaBaby went on the strange rant that featured a lot of hateful speech towards the LGBTQ+ community and people with AIDS and HIV+ statuses. He spewed the vitriol during his performance on stage at Rolling Loud.

There’s been a strong reaction from some of his fans who have taken to social media to let others know that they’ve deleted his music from their libraries, while others have expressed their opinion against his rant.

T.I.’s take on the matter is that if Lil Nas X is allowed to represent the gay community in his videos and on social media, then DaBaby should be free to express his anti-gay opinion. Lil Nas X once again caused a stir for the imagery that he used in his latest video for his track, “Industry Baby,” which features strong images of gay men twerking.

The “Live Your Life” singer, who last year faced several allegations of rape, sexual assault, and drugging, explained his position on the issue while responding to a post on The Shade Room.

“If Lil Nas X can kick his sh*t in peace… so should dababy [shrugging emoji] #equality,” he wrote.

In her response on Instagram, Amber Rose wrote, “What in the homophobia??? Y’all are so mad that @lilnasx is f***ing winning! To be this homophobic feels like they are battling something internally. This is not equality this is hatred. Period.” 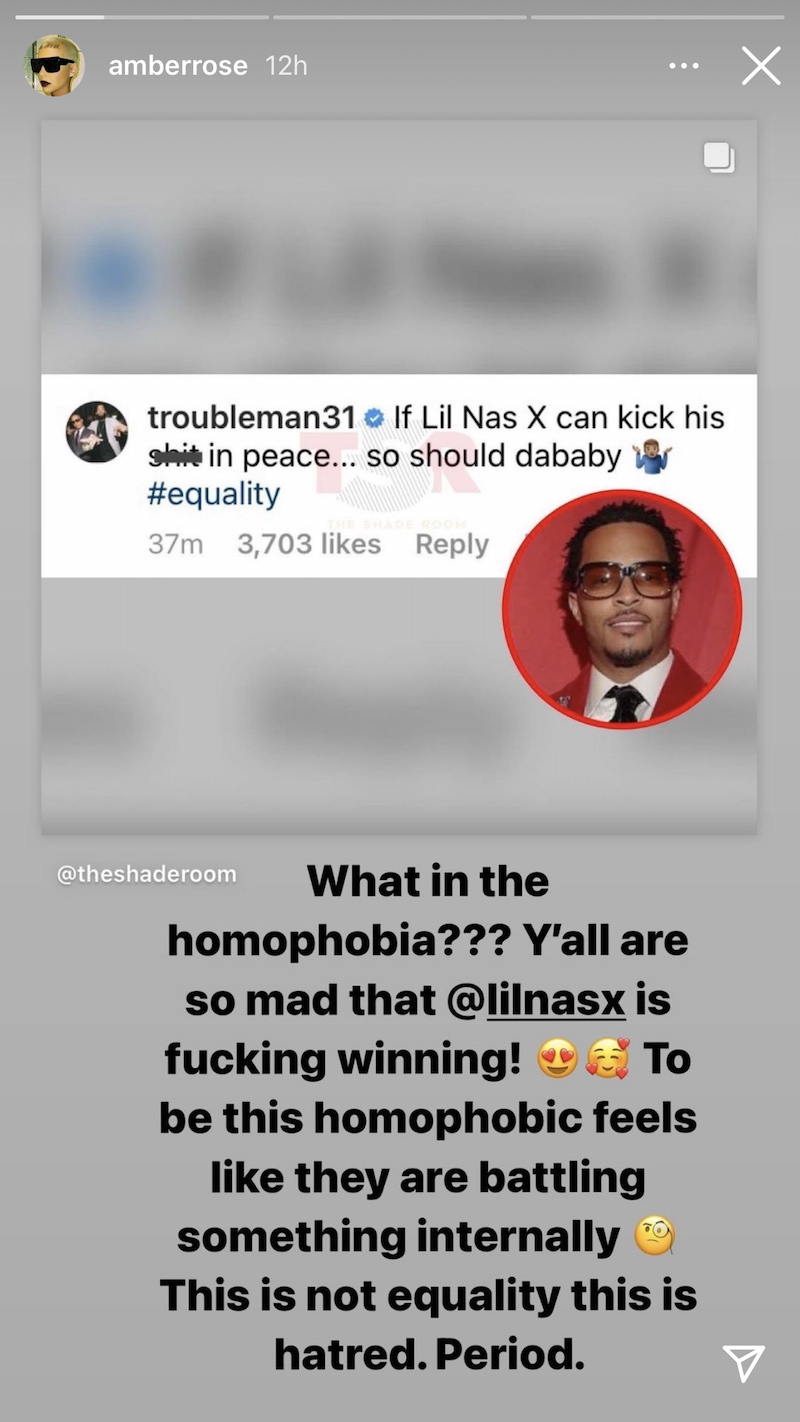 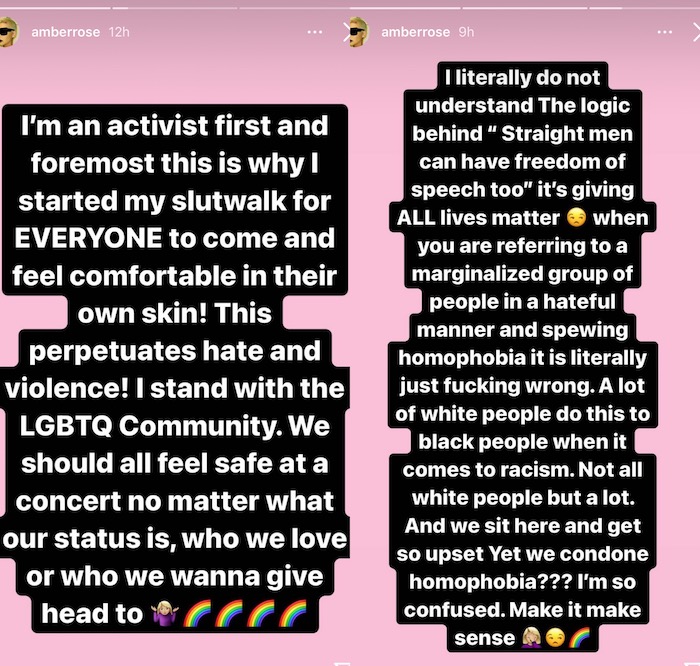 Rose noted that she is an activist which is why she feels compelled to address the ongoing drama. “I’m an activist first and foremost this is why I started my slutwalk for EVERYONE to come and feel comfortable in their own skin! This perpetuates hate and violence! I stand with the LGBTQ Community,” she said.