Bounty Killer’s King Of Kingston album is near completion, and fans are looking forward to at least one collaboration, Vybz Kartel.

Sources close to the dancehall legend confirmed with Urban Islandz that the project is almost complete and packed with bangers, including big collaborations.

“Finishing touches going in right now this will be the biggest dancehall album of the decade,” sources told us. “Every song was done to perfection so there’s no skipping of songs on this piece of art, and yes we have some surprise collabs coming, like big surprise stay tune.”

Bounty Killer has promised an album to silence all others, and he plans to deliver on his promise through a Vybz Kartel sample/feature. Killer has been keeping it real with his Instagram family for the last few weeks. Along with sharing a video showing West Coast legend Snoop Dogg’s request for a phone meeting, he has also posted an image of himself sharing some lens-time with the GAZA VP Sikka Rymes.

“Alliance head of state and Gaza VP,” Bounty wrote in the caption of that image with Sikka Rymes.

The image seems to have been the appetizer for what was to come, as a few days later, Bounty Killer posted a video of himself jamming to an unnamed track destined to make its way on to the Damian Marley produced King Of Kingston. Vybz Kartel‘s distinctive voice can be heard in the song’s intro as well as interpolated throughout Killer’s verbal/lyrical onslaught. 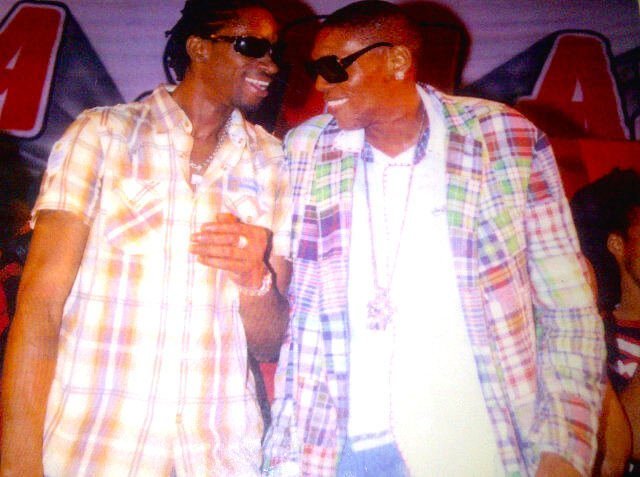 Bounty Killer and Vybz Kartel have not collaborated on a track since their bitter feud more than a decade and a half ago. Both men have remained respectful, giving each other regular shoutouts, especially on special occasions such as birthdays. Vybz Kartel and Bounty once shared a thriving working relationship, with Kartel acting as a writer in the Bounty Killer lead Alliance musical outfit. Vybz Kartel would later showcase his talents with the microphone, and pretty soon, both men were offering fans sizzling collaborations. “High Altitude,” “In My Eyes with Wayne Marshall,” “Gal Clow,” and “Full Up Of Grass” with Bling Dawg are some of the noteworthy collabs both men have worked on.

Sadly, the relationship deteriorated between the two during the middle of the last decade, and soon both sides began trading blows via their respective diss tracks. Vybz Kartel, one of the brightest students from the Alliance, would move on to start his own Portmore Empire clan, where he recruited entertainers such as Popcaan, Lisa Hyper, Black Ryno, Jah Vinci, Tommy Lee Sparta, among others.

The rift intensified with then Alliance member Mavado stepping up to battle his former labelmate. Bounty Killer and Mavado would also fall out of favor, which coincided with Mavado bolstering his Gullyside musical outfit.

Vybz Kartel’s appearance has opened the door for curious fans, with many voicing their assumptions about who else will collaborate on the project. Last week, Bounty revealed another entertainer who fans can expect to hear. Fellow Seaview Garden’s bred entertainer Dexta Daps will be lending his voice to the King of Kingston project. Bounty decided to promote the collab with an in-studio preview of the track.

Dexta Daps used the comment section to reveal that what fans were being treated to was actually done in one day.