Asafa Powell has broken his silence on years of accusations that he’s a deadbeat dad.

In a 15-minute video shared online, Asafa Powell shared his side of the story following what seemed to be a bitter maintenance dispute at the family court between him and the mother of his first child- his eight-year-old daughter.

According to Asafa, he is not a “deadbeat dad,” as posited by many persons who have watched as the public case went on over child support with his baby mother Amita Persaud-Webb, claiming that the sprinter does not take care of his child and that she wanted $25,000 for maintenance monthly.

Asafa Powell, whose sprinting career has been on the slow side due to many injuries, now has a YouTube channel with his wife, Alysia Powell. He published his 15-minute video on the family page on Sunday in which he denied that he was ever in a “relationship” with Persaud-Webb.

However, he said he became excited when he learned that he was to be a father for the first time and did all he could to ensure he was there and present in the child’s life.

“I’m not the type of person to come on social media and put my business out there…but this thing been lingering in the media for too long. My silence not helping; I figure I would just stay quiet and it would go away but at the end of the day, even if it [goes] away, people will still have it in the back of their heads to say ‘Yow, Asafa is this person’ and ‘Asafa don’t take care of his kids and all that stuff’,” he began. 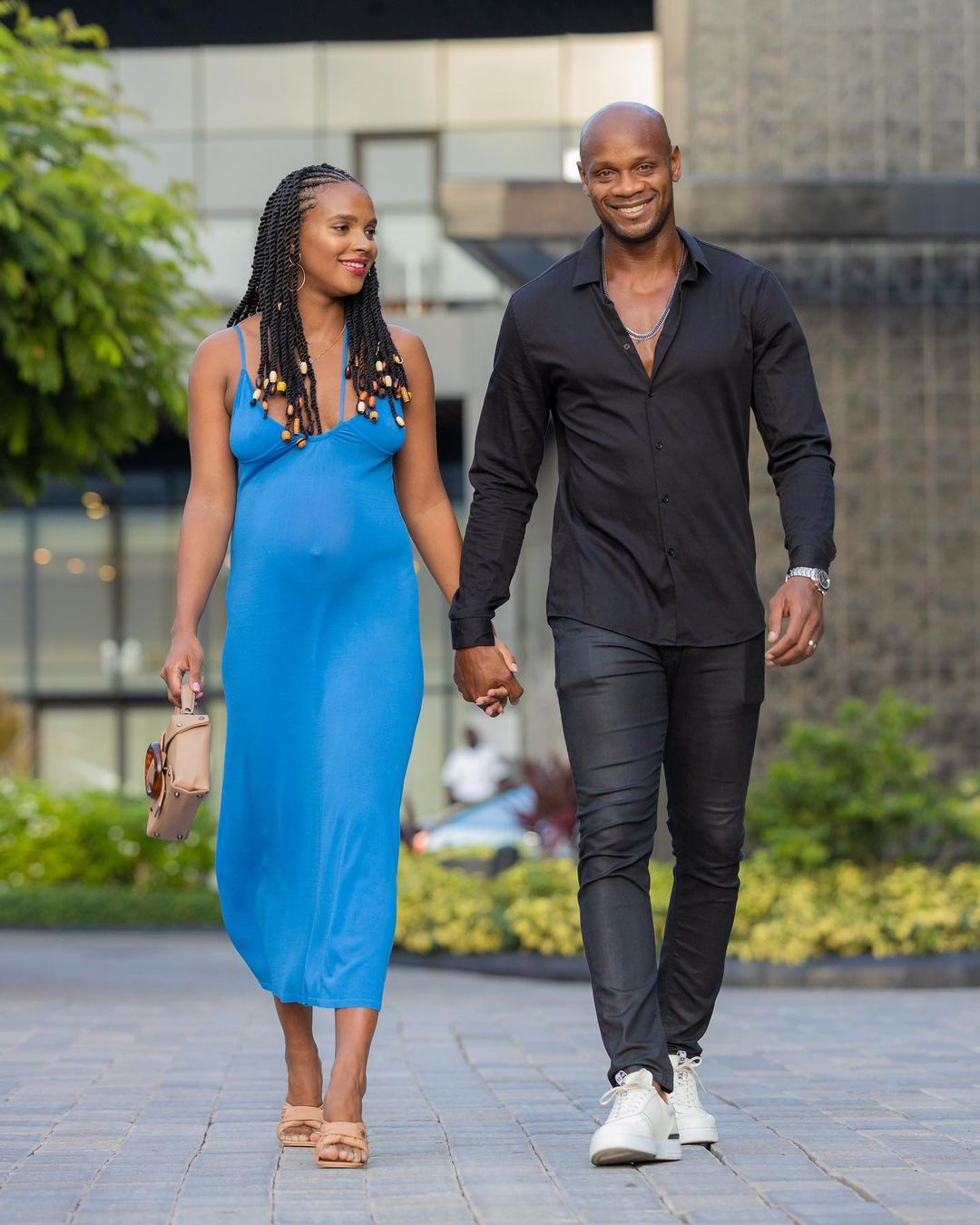 The father of three, with his wife expecting his fourth child on the way, said Persaud-Webb was never his ex-girlfriend because they were never in a relationship. However, he has always taken care of his children, including his daughter.

“The media have it to say that my daughter’s mother is my ex[-girlfriend]; please, stop saying that. She’s not my ex, she’s the mother of my child. We weren’t a couple, we weren’t together, we weren’t boyfriend and girlfriend. So please stop labelling the situation as ‘ex’,” he began.“I’ve done things in the past, you know, I was never innocent. I’ve got two beautiful children from my past and I love them to death. I take care of them fully; none a dem nah suffer. My kids are quite fine,” he continued.

Powell was the subject of ridicule after the mother of his child took him to the Family Court in Kingston for child support in 2020. Asafa, in response, asked Persaud-Webb for proof of paternity of their eight-year-old daughter.

He has since removed all photos of the eight-year-old, but his social media prominently features his older and younger sons along with his wife.

However, the sprinter says that he catered to all Persuad-Webb’s needs while she was pregnant and while he was away in Europe on several meets.

He and Persaud-Webb, however, started having a problem with the latter allegedly verbally abusive. Still, according to Powell, the matter of paternity or child support was never taken to court by him.

“During this time there was just a lot of verbal abuse, like, random messages to my phone, calling me all sort of names. I ignore it. For years now court was supposed to come in play but my mom keep telling me ‘Don’t go to court. It doesn’t look good’,” he explained.

“I continue to support my daughter and my daughter’s mom during this time, like I said we were never together; I was just doing this out of love for my daughter and the appreciation I had for her (Persaud-Webb) for having my daughter,” he added.

In 2017, the sprinter said Persaud-Webb threatened to remove his daughter from his life completely, and that’s when everything changed.

“[She] threatened for me not to see my daughter again; that I ‘act like father but I’m not a father’. She threatened to change my daughter last name and telling me I’ve never done anything for my child. So I’m like what? That don’t make sense,” he said.

The sprinter admits that after this, in 2017, he cut back on everything he was doing for his daughter and her mother.

“So I cut back when she made that statement that I don’t do nothing for my child. I cut back on everything. So we came to an agreement and she came up with the figure she wanted. She said she wanted $25,000 a month and half a school fee.”

In 2017, Asafa Powell married model Alyshia Miller even as he stopped doing much for his daughter. He, however, says he was hurt by the way people judged him over the situation.

“It kinda cut me deep when people around me questioning the situation. I mean, yeah, it don’t look good but you know everything and you shouldn’t question me,” he said.

The sprinter says that while he and his wife was supporting his daughter, she was living at his parent’s house, which led him to stop paying the $25,000 to Amita.

The parties were previously placed on a gag order by the court while the matter was being adjudicated.

However, Powell says his statements were to shed light on the situation. However, he says he is not bothered by the judgments passed on him by the public as he and his family know the truth of what has taken place.

“People dislike you for many reasons: maybe it’s the way you talk. Maybe it’s your success, how you look—maybe yuh nose too big. For me, I don’t know what it is but people assume seh mi perfect,” he ended.

Meanwhile, the case has concluded at the family court with Powell’s ordered to pay $30,000 per month in child maintenance. He is also responsible for half of the medical expenses and half of the educational expenses incurred for his daughter until she reaches 18 years old.

Amita Webb has not reacted to the statements by Powell.