Shenseea is reacting to the recent rumors that she was pregnant for Drake and that the rapper wanted an abortion. According to the dancehall diva, the stories online shocked her as they were not true.

Now, Shenseea is addressing the allegations, which she says were unbelievable. “Who even have the heart fi do sh*t like this? Who does this? You know I love to play around but that’s not even funny bro/ why would I get up and say I had sex with someone as a publicity stunt when it’s not true?” she asked.

Suspicious texts purported to be between the Jamaican deejay and the Toronto rapper were circulated online last month with the outrageous claims. However, Shenseea remained quiet, and so did Drake.

However, Shenseea says her silence is not because she chose to capitalize on the rumors for attention for her career.

“I’ve been in situations where people photo shop sh*t of me…you have to understand I’m not gonna come on the net and try fi clear up every single thing weh mi hear bout myself, I’m not gona do it…when you read some things on the net, you can see though it doesn’t make no sense..so why I need to come on here try to prove otherwise?” she said.

The artiste shared that she was serious about her life, and while she is known to kid around from time to time, she has boundaries when it comes to playing around.

“I don’t play with my vagina…three things u noh fi play wid when it comes onto me,” she begins. “My son, my career and my vagina, bro, this pump um, no….unu notice mi not even post on my vagina. I don’t play like that. All of the artiste inna Jamaica can tell you I’ve never flirted with them much less have encounters with them. Because when them see me dem know a work. Me and the artiste dem cool, I don’t have no beef with no artiste,” she said.

Shenseea is getting ready to drop new music on Friday as she also deals with a firestorm created from the recent announcement of her new manager being Wassim ‘Sal’ Slaiby and speculations that she has split from the Romeich Entertainment Camp, including beef with Teejay, who was also a former Romeich Entertainment artiste.

While neither of the parties, including Romeich Major, Teejay, and Shenseea, have not been forthcoming about the issues leading to Teejay leaving and possibly Shenseea, the latter continues to push for a career break in the United States mainstream music market as she rubs shoulders with some of the biggest names in rap and hip hop.

Shenseea is also due to launch her debut album, but in between sporadic public appearances and the occasional pop-ups on social media, she has not been as active as before. 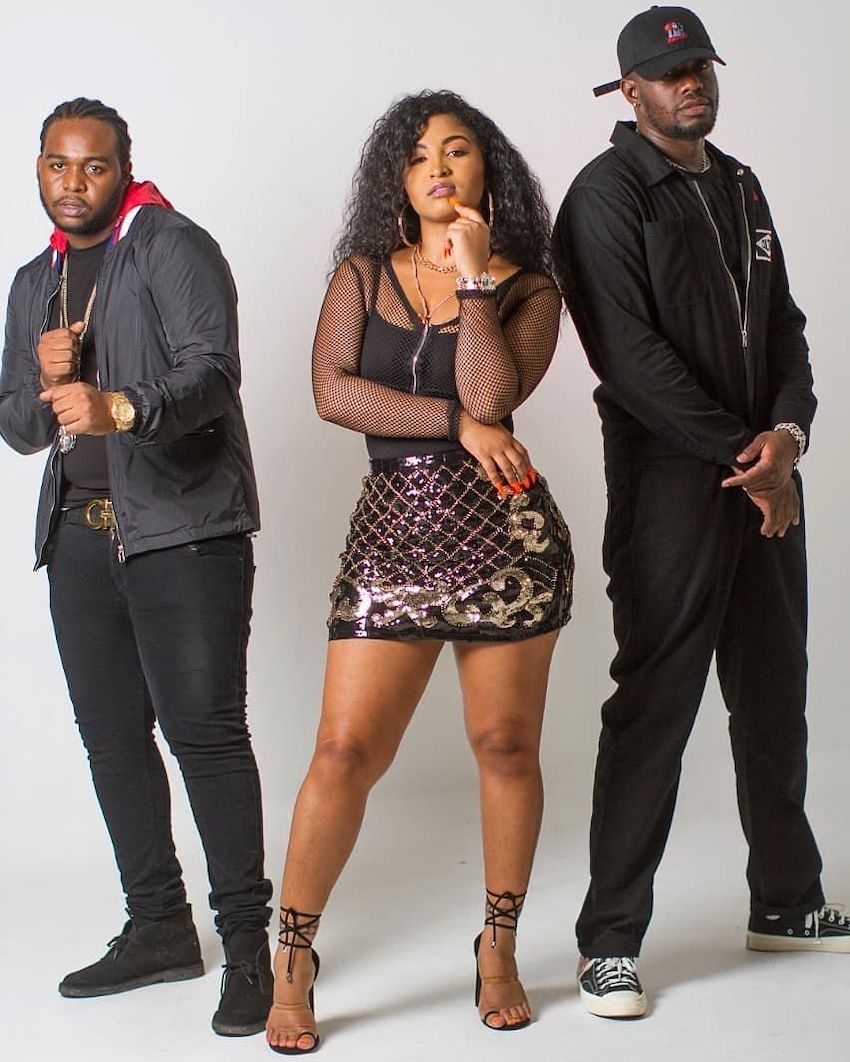 Shenseea says her mental health is why she took a hiatus from music.

The artiste, who recently went on a hiatus from social media but returned with news of her breast augmentation a month later, shared that she took a break to focus on her mental health, but she’s upset she has had to come out of her break to address the “foolishness” online.

“I was literally taking a break to get my mental health right. And I’m happy I did that. I was realy trying to hold on and sometimes you feel like because you continue you consider yourself strong but what I was doing was continuously burying my problems and taking it day by day, get up smile, and take on another day and at the end of the day at nights it was depression. Mental breakdown,” she shared.

Meanwhile, Shenseea said she has no feud with no artiste. She did not name any artiste in particular, but fans have been speculating that posts by Teejay online were targeted to Shenseea, which stems from a beef between the two. Shenseea commented on Thursday that an unnamed artiste met her at Romeich Ent then wanted her out.

Teejay later made cryptic posts as he suggested that the beef is from a song he has coming up with Jada Kingdom – the one-time rival of Shenseea.

“I don’t have no feud with no artiste so nothing nuh deh deh fi address either. Cause I made a tweet and y’all don’t know what mi a talk bout,” she laughs. “you have no clue what I’m talking about…mouth mek fi talk but y’all know imam tell you from now if you don’t hear it from me, don’t be quick to believe it.”

On the other hand, Shenseea says that she sought legal help to stop people from writing bad things about her online, but her lawyer said it was too much effort to address that one incident. She says she is using it as an experience for what is to come as she goes mainstream.

Shenseea used the opportunity to caution her fans not to believe everything they see, especially since she discovered that the news about the Drake pregnancy was first published on a Shenseea hate page, which also contains other slanders about her life and career.

Fans who were on the Livestream also asked Shenseea questions, with one asking if she was pregnant. However, the artiste says she continues to see incredible comments about her life which she doesn’t even know about.

“The reason I’m even talking about this is what day I post the manager thing, I see a comment that said from mi start have sex with Drake, everything start go up…so wait unu actually believe this? Like unu serious?” she asked.