Are Drake and Nicki Minaj cooking up something new in the studio?

While there is no confirmation that something is in the works if we’re to go by Drake’s Instagram Story, a Young Money reunion might be on the way. Yesterday evening July 6, the Canadian rapper left several hints that something might be dropping this week.

The first clue was a selfie video of him riding in the backseat of a car rocking a red YMCMB hoodie. The next hint was him posting a short video clip in Nicki Minaj’s unmistakably pink-colored studio with her fluorescent pink “NICKI” light.

Earlier in the week, Nicki Minaj also announced to her Barbs that she had a special announcement to make this week. While many speculated that it could be another pregnancy, it could also be new music. She’s been making great strides since her comeback to the scene. Her announcement is expected tomorrow, July 8. 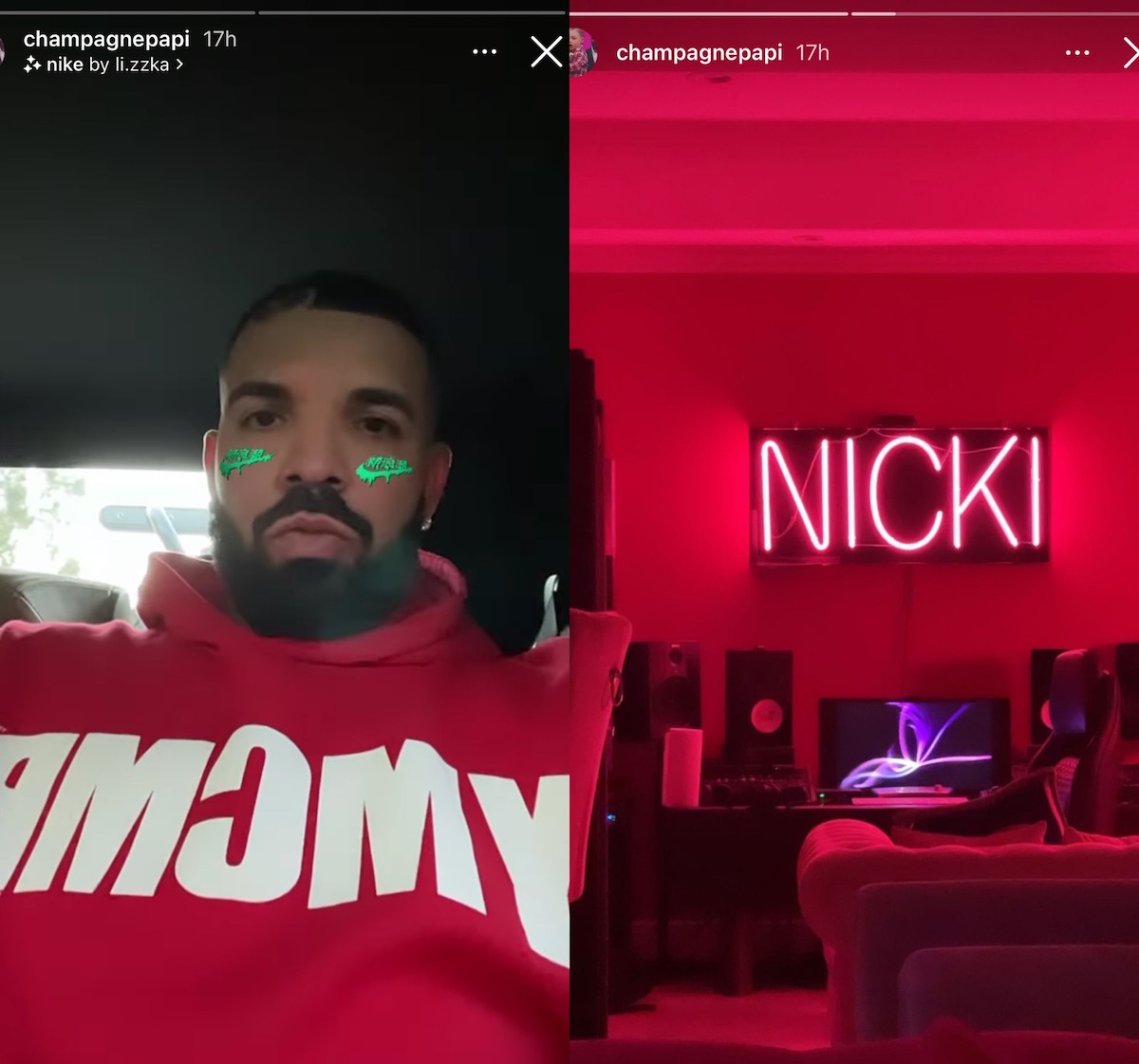 Nicki Minaj told her fans fans on Tuesday that she has a big announcement to make on Thursday when she will go on Instagram Live. Be sure to tune in to her IG at 10:30 PM EST. Nicki, who is notorious for being late, announced that she will be punctual for the event.

In another shot, Drizzy proudly displayed his YMCMB sweatshirt while on the way to Nicki’s studio. The last time the team, including Lil Wayne, got together was back in 2009 for “Seeing Green.” That track turned out to be a massive hit. To date, the track has well over 14 million views on YouTube.

Fans are also hunting for any inkling that Drake’s CLB will be dropping soon. The latest clue that it might be coming soon was the fact that he made changes to his Instagram bio. He’s added the tag “Certified,” which could suggest that he is gearing up for the release, which he has indicated might be before summer is over.

All eyes will be on him this weekend after UFC president Dana White revealed that Drake might have something special planned for Las Vegas when Conor McGregor will take on Dustin Poirier in UFC 264 on July 10.