Dancehall artist Squash is at the center of an alleged fake luxury watch scandal.

The luxurious Richard Mille is a must-have for opulent celebrities. Squash was attempting to place a foot in that club when he posted pictures on Instagram sporting a gold Richard Mille, only to be held back by allegations that the deluxe watch is, in fact, a fake.

“Nuh affi seh 40 words 39 good #forever6ixxx” he captioned the post of a series of photos on Monday (July 5.) The final photo was a close-up of the watch hugging his wrist, looking quite lavish.

But Fakewatchbuster2.0, a blog dedicated to exposing fake watches worn by celebrities, called out the artiste less than 24 hours later.

The blog then went on to further explain that the watch Squash was sporting, a genuine RM035 Gold Toro, is worth approximately 570-600 thousand US dollars, and it is limited to only 50 pieces worldwide. They added that the watch is “called “Americas” because it was available only through Richard Mille boutiques of the Americas.” 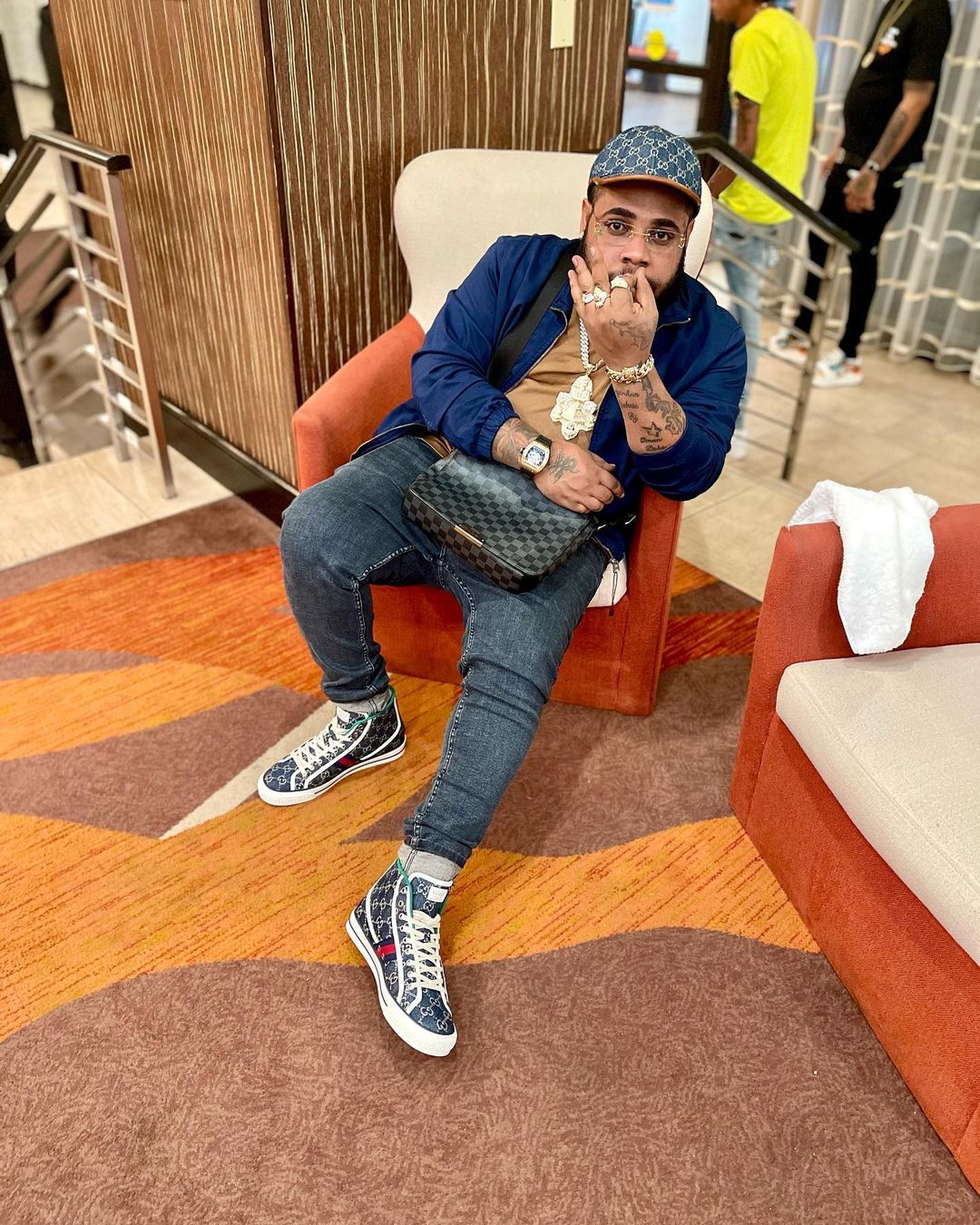 The page then added insult to injury when they also posted a picture of what they claim is a real Richard Mille and compared it to Squash’s watch.

They continued, “RICHARD MILLE LIKE OTHER GENUINE WATCHES GOT UNIQUE SERIAL NUMBERS FOR EVERY SINGLE PIECE PRODUCED. BUT THE FUNNY THING IS THAT IF YOU SEARCH FOR A FAKE RM035 YOU WILL FIND ALWAYS THE SAME SERIAL NUMBER “201214”…AND LOOK AT THE SERIAL NUMBER OF THE FAKE ON THE RIGHT/ ANOTHER FAKE, BUT SAME SERIAL NUMBER LMAO THE FAMOUS 201214/ SAME GARBAGE.”

The blog page added a disclaimer in the caption, maintaining that the page is not for hate but to simply point out the real and the fake. “Our posts only refer to watches that are obviously fake and are not an attack on the person. All features shown are based on multiple checks. If something isn’t clear, external experts are also called in. Only watches that have gone through this procedure will be posted,” they said.

Needless to say, the disclosure has left the “Rate Who Rate You” deejay as a recipient of much ridicule from the public.

“But dem seh the 6ix is real,” one person jeered, while another advised, “Fake it till u make it.”

Others used the opportunity to compare the 6ixx Boss to his known foe, Alkaline, with comments like, “Alkaline would never.”

The two deejays have been at each other’s head for quite some time, with fans speculating earlier this year that the Vendetta Boss had killed Squash’s career. The speculation came after fans noticed that Squash went MIA from the music scene for roughly three months.

But making his return in late May, the Montego Bay native released “Rate Who Rate You” as a comeback tune that has received positive feedback from the general audience.

His latest song was released less than two weeks ago on Tuesday, June 22, titled “Top Star,” and it is also the recipient of positive comments and feedback from the public.

The song is still trending at number 20 on YouTube.