Karreuche Tran is shutting down the rumors that she has rekindled her relationship with singer Chris Brown.

On Saturday, a video surfaced online of Karrueche Tran and her ex-boyfriend Chris Brown leaving the same event minutes apart. The short clip immediately fueled speculation that they were there together, which further added to the assumptions that the two rekindled their relationship and are trying to keep it on the down-low.

Theshaderoom shared the clip on Saturday, but Karrueche Tran quickly hit up the comments to clear the air. The actress wrote, “… there was an event at Six Flags for Space Jam.. there were a ton of other people there. Next.”

Karreuche Tran and Chris Brown dated on and off for several years before their relationship came to an end in 2015 after she found out he had a secret daughter, Royalty Brown, with former video vixen Nia Guzman. Karruech also accused the R&B crooner of abusing her during their relationship. In particular, she said he hit her in the stomach and pushed her down a staircase. She also claimed that he sent her threatening messages after their breakup. She was eventually granted a restraining order against Breezy in 2017.

Chris Brown has had anger management counseling in the past, stemming from his 2009 attack on Rihanna. The “Loyal” singer has been linked to several other female celebs following his breakup with Tran. In 2019 he welcomed a baby boy, Aeko Brown, with model Ammika Harris. Tran went on to date former NFL player Victor Cruz for a few years before ending that relationship in the fall of 2020. 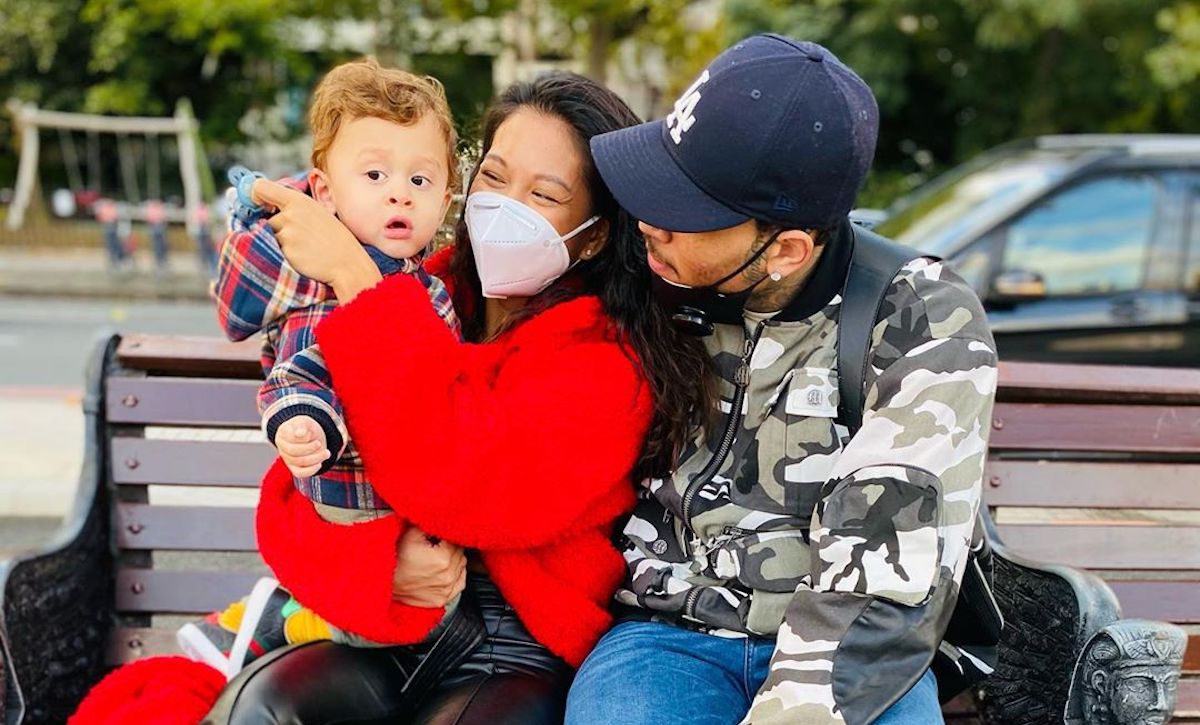 Karrueche and Cruz’s breakup led to the rehashing of rumors that she might be seeing her old beau Chris Brown, despite a lack of evidence pinning the two together.