How did Spice gets her stage name?

The Queen of Dancehall recently recently spoke about all the big moves she has been making in the Dancehall scene since this year. Still celebrating the success of her collaboration “Go Down Deh,” Spice is happy and looking forward to the release of her album TEN.

Kicking off the interview with a look at her past, the Old Braeton native spoke about how the name Spice came about. “I started with a group of girls and I think I’m always that feisty fiery person, so when me no inna di group, they didn’t know my name so dem always a seh weh di likle fiery one, di likkle spicy one, and I think that’s how the name Spice kinda stuck to me,” Spice said in a video call with Loop.

The artiste said she started out deejaying in high school, where she was a part of the school’s choir, where she eventually entered the annual JCDC talent competition.

A friend later introduced her to Heavy D (Junior Fraser), who was a promoter for one of Jamaica’s biggest stage shows, “Sting.” She then performed at the 2000 staging of the event. That was Spice’s first major performance by herself, but her first stage show was when she “got a buss” from veteran deejay Bounty Killer.

Spice explained, “My first stage show was when Bounty Killer handed me a microphone in my community. Dem time deh mi juss a start, that was like my very first show but my major big show was on Sting, Sting 2000.” 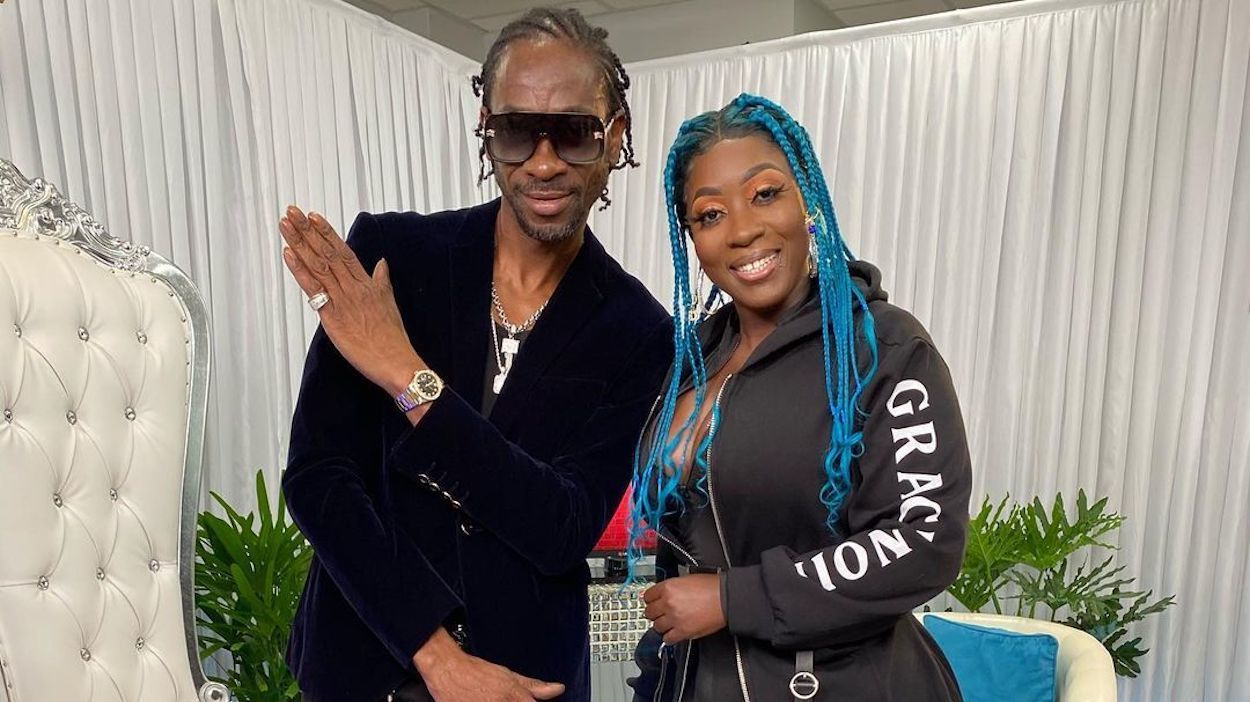 Looking back at her early influences, Spice said Bob Marley and Professor Nuts were who she looked up to, as they were her father’s favorite musicians. The entertainer’s dad passed away when she was only nine, but that’s all he listened to before he died. Her father was a Rastafarian.

Having been in the business for close to two decades, Spice commented on some issues in the industry. Looking at how women are treated in particular, she said the industry has grown and is now more welcoming to women. She noted how for a long time, Lady Saw was the only strong female presence in Dancehall.

“I came up after Lady Saw as the only other female and when I was in the business, yuh know, I didn’t see any female that’s around now. There wasn’t Jada Kingdom, there wasn’t Shaneil Muir..a lot females.”

She continued, “I think that it’s reached a stage where we can definitely say wi see changes because there’s so many women out there that’s doing extremely well.”

With her album TEN coming out soon, Spice bigged up Shaggy, who is the executive producer on the project. She shared how her own initiative led to the song “Go Down Deh” and the album. Spice said she reached out to the veteran deejay about working together, he invited her to New York, and the rest, as they say, is history.

On the topic of new projects, Spice said she recently renewed her ambassadorship with Magnum Tonic Wine. “Magnum is Dancehall, and Spice is Dancehall,” she stated, adding that the partnership between the two was a natural one.

As she celebrates the success of her song “Go Down Deh,” Spice and Magnum will be giving away 1 million dollars to the dancer or team that creates the best dance video for her song.