A close friend of late rapper Lil Loaded revealed he died by suicide after his girlfriend allegedly cheated on him.

The Hip Hop community is once again in mourning following the death of Dallas rapper Lil Loaded. He was only 20 years old. Reports are that the Epic Records artiste, whose real name is Dashawn Maurice Robertson, passed away on Sunday night, but news of his death emerged on social media on Monday, May 31. Fans were quick to discern that many of the rapper’s friends and collaborators were sharing tributes and posting “RIP” in the comment section of his Instagram posts.

Still, there has been no official confirmation of the young rapper’s death.

A few months ago, the “Gang Unit” rapper was arrested for shooting and killing his friend, 18- year- old Khalil Walker, in Texas, using a rifle. The incident that occurred in October last year was reportedly an accident on Lil Loaded’s part. He later turned himself in. In March of this year, Lil Loaded was indicted on one count of manslaughter.

Some fans are finding it hard to believe that the “Hit Em Up” artiste has really passed on.

“No way. This gotta be false,” one user said. “Damn wtf i thought he was in jail for the accidental murder of his bro,” another added, and a third responded, “This some bulls**t I was just bumpin my n*** lil loaded yesterday fam d*mn bro rest easy.”

A close friend of #LilLoaded has also spoken out on the incident, alleging that he committed suicide after finding out that his girlfriend cheated on him.

He posted this message online, “My nihh kil himself cause his B****. I hate this h*e so much rn. Im so f**ked up bro that nihh told me inna studio last month somebody F*** his girl he a kill em. This nihh ended this shi behind his girl he meant that shi brudda I love u bih. F**k bro.” 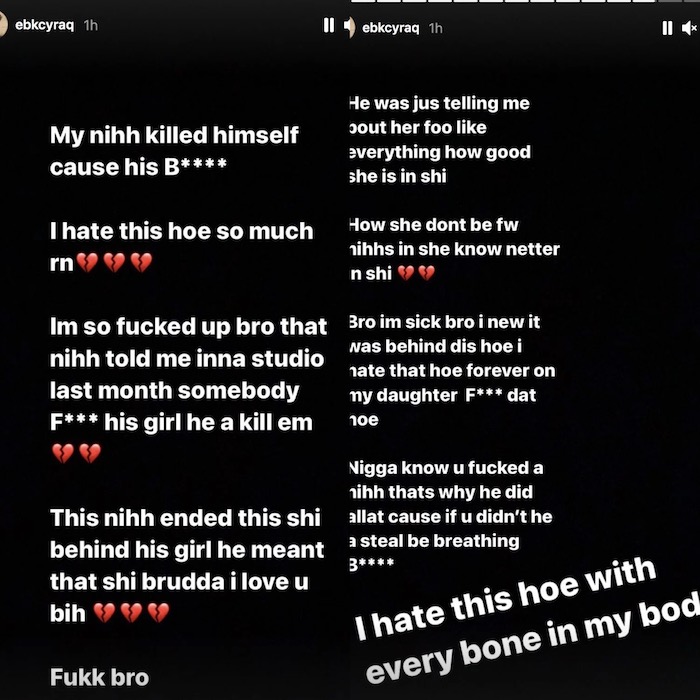 He added, “My n**ga momma jus sed he gone man. I know she so hurt bro u can hear da pain in ha voice bro i got them forever. Like bro come on bro @lil_loaded I promise it wasn’t worth it brudda u fu*ked da world up wit dis one. Bro u ain have to leave us like this i coulda figured sum out brudda come on bih its messed up my nihh cant even talk to me nomore. I look at you like a me bih i was understanding u.” 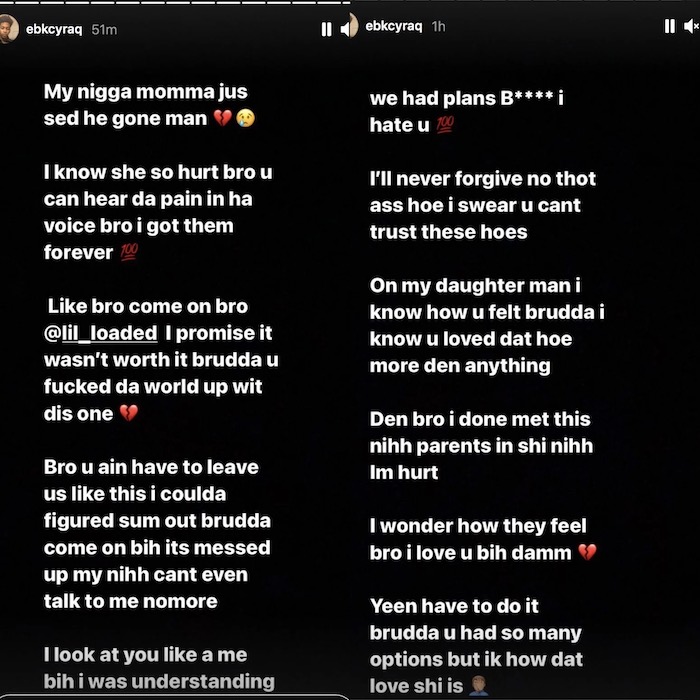 The latest Instagram post made by Lil Loaded just four days ago was an announcement and celebration that his hit song “6locc 6a6y,” was certified gold.

We will keep you posted on any developments in this tragic incident.

Urban Islandz would like to extend our deepest condolences to Lil Loaded and his family.