Lil Reese’s condition has now been listed as stable, and he is expected to make a full recovery.

The Chicago rapper was shot and beaten up at a parking garage at Chicago’s River North neighborhood on Saturday. Multiple sources say he was attacked for allegedly stealing a car, and the vehicle’s owner tracked him down and confronted him. A fight ensued, and Lil Reese and two other men were shot in the process.

All three men were transported to a local hospital where Reese’s condition was reported to be grave after a video shows him bleeding from his head on the ground. His manager posted a message asking fans to pray for the rapper and his family. 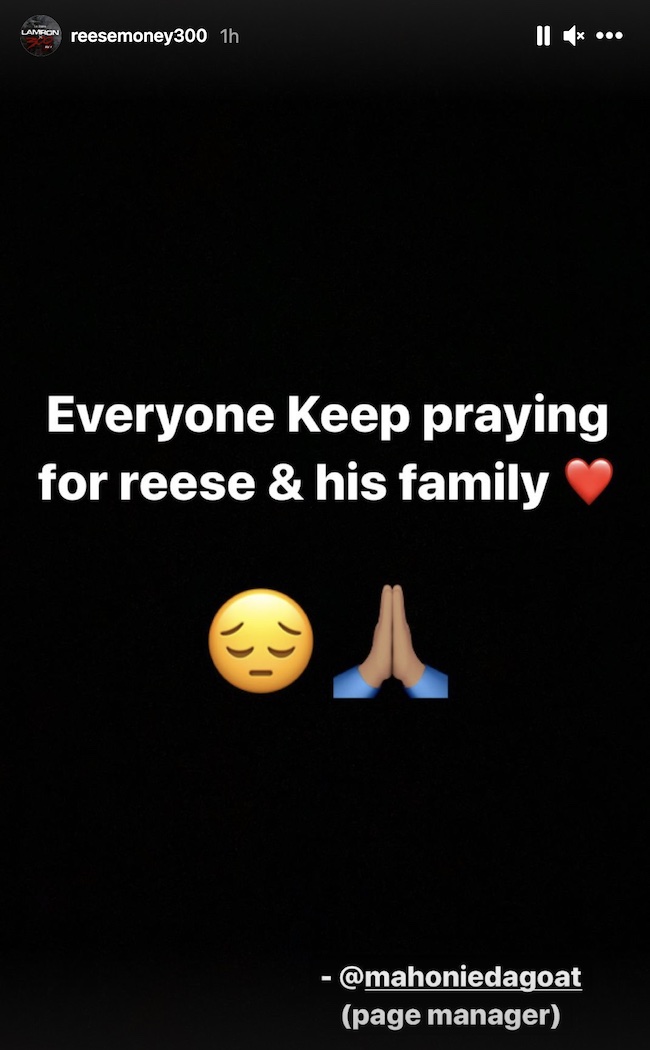 According to TMZ, Lil Reese, 28, was grazed in the eye by a bullet, but one of the victims was shot several times during the melee.

A graphic video is currently being circulated on social media showing a man closely resembling Lil Reese on the ground bleeding from his head. Another man in the background, who was not on camera, was heard yelling at him as first responders tried to help. The man heard yelling is believed to be the owner of the stolen vehicle.

Police also found a Dodge Durango riddled with bullets on the scene. The SUV is rumored to be the stolen vehicle.

At the time of this publication, Lil Reese is expected to recover from his injuries but remains in the hospital getting treatment.

This is the second time that Lil Reese is surviving a gun attack in the past two years. In November 2019, he was shot in the neck by an AK47, and many believed then that he wouldn’t survive, but he pulled through. He lost his voice as a result of that attack and had to learn to rap again.