Jamaican deejay Popcaan is no stranger to making hits. He has collaborated with some of the biggest names in the music industry, such as Vybz Kartel and Beenie Man locally, and Megan Thee Stallion, Drake, and Tory Lanez internationally. The deejay has not only managed to cultivate a loyal fanbase but also a loyal crew who all represent his Unruly outfit.

Last year, Popcaan told Ebro during an interview on Hot 97 that he was working on a project that would feature most members of his Unruly camp. The deejay recently revealed that he would be releasing a new EP this summer titled Solid Focus Riddim. Sadly, the short tracklist doesn’t fit the bill of the project he touted last year. Nonetheless, the 4-track EP that will feature mentees Zamunda, Valiant and, Furnance is something to look forward to. The brand new EP is his second collection of songs to be released this year.

Terror Family Production has full control over this one and is ensuring that Popcaan’s “Survivor,” Zamunda’s “Preserve My Life,” Valiant’s “Poverty Get Away,” and Furnace’s “Unafraid Life” are all sounding as they should.

Producer Courtney Samuels, better known as Stamma T of Terror Family Production, was pleased with and motivated by the way the fans received Popcaan’s “Survivor,” which is the first release from the project. He believes that the initial support will continue for the remainder of the project that provides the other members of the clan with a medium to showcase their unique talent. 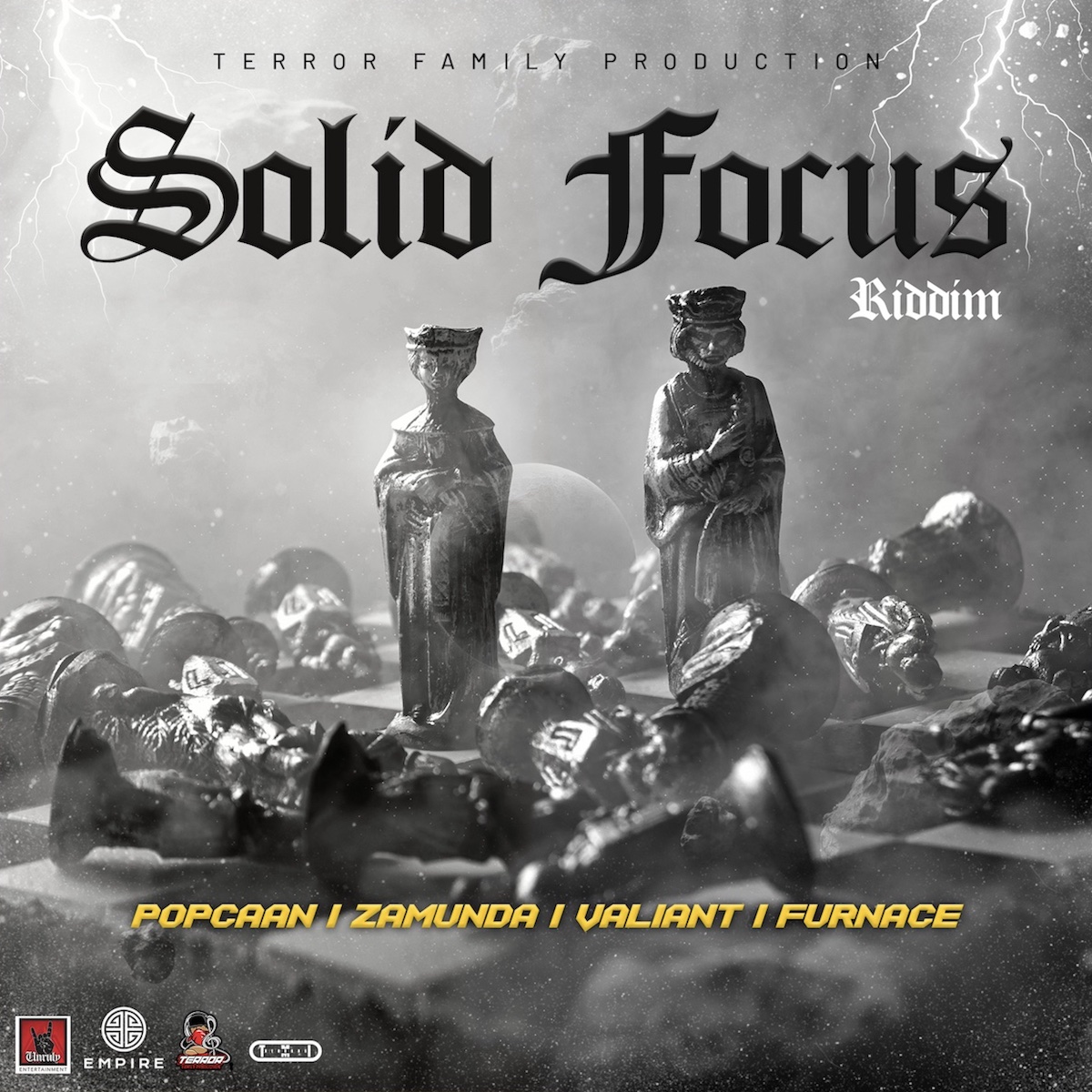 In a recent press release, Samuels indicated that he considers each of the tracks to be one of a kind and thinks that the artists were cohesive in their collaboration. He believes the EP will certainly be well-loved.

The 4-track project is being distributed by internationally renown EMPIRE Distribution based in San Francisco, California. TFP Label executive Mark Lawrence commended the quality of the new voices featured on the EP as profound even though they are not as experienced.

Normally more dancehall-oriented, these talented individuals highlight just how well-rounded they are by opting for a more reggae fusion type beat with acoustic guitar, in contrast to their usual aggressive tone. The songs on the EP collectively focus on being thankful, staying positive, and staying true to yourself. The project is worth listening to, whether you are a die-hard fan of reggae or dancehall music or a new listener to either genre.