Skillibeng and Young M.A have to use a money machine just to count their stacks. They tell fans all about it on this brand new international collab brought to you by Hot 97’s Megan Ryte for her debut album, DJ MEGAN RYTE.

Skillibeng leads the track with his easy to absorb lyrics and unique flow that he has perfected on tracks such as “Crocodile Teeth” and “Mr. Universe.” With just enough space for the lyrics to breathe, producer’s Claims Records, Megan Ryte, and DJ Navi get sufficient wiggle room to add layers of blended effects to the trap-infused track. It’s all about the cheddar/greenbacks for both entertainers, and Young M.A keeps the same energy and theme throughout her featured verse.

A bit of Jamaican patios is also sprinkled throughout her verse, as she shows her Jamaican roots. “But me nah trip/ Me no wa spend pon this sidechick,” she raps.

The St. Thomas prodigy Skillibeng has managed to capture the audience of numerous high-profile hip hop talents since the start of his career, with his 2020 cross-over release “Crocodile Teeth” proving to be a major factor in that accomplishment. The track has already been cosigned by Drake, Burner Boy, and Rich The Kid. Skilli and The Kid have recently linked up in Jamaica and are rumored to be working on some new material. 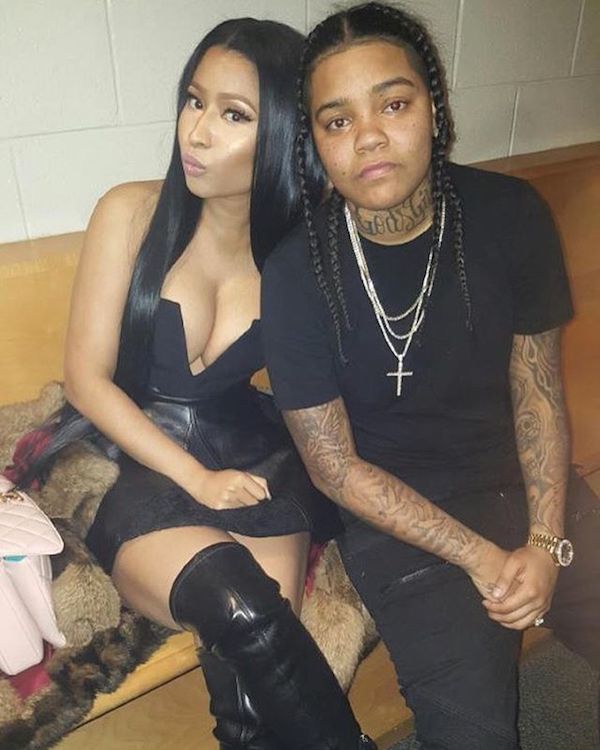 As for Young M.A, she is focusing on getting her money up in a different way, with the recent launch of her own line of PSD Underwears. She also snagged a major endorsement deal with NYAK Cognac, a brand new liquor brand looking to step into the market currently dominated by the likes of Hennessy, Hine, Courvoisier, Martell, and Rémy Martin.

With money flowing from all angles, there is no wonder why both the Eastsyde don and the Brooklyn rapper were in need of a money counter.

DJ MEGAN RYTE also includes tracks from Wyclef Jean, Rich The Kid, Kranium, Casanova, among others. You can check out the full tracklist below while you bump one of the hottest collabs from the project.